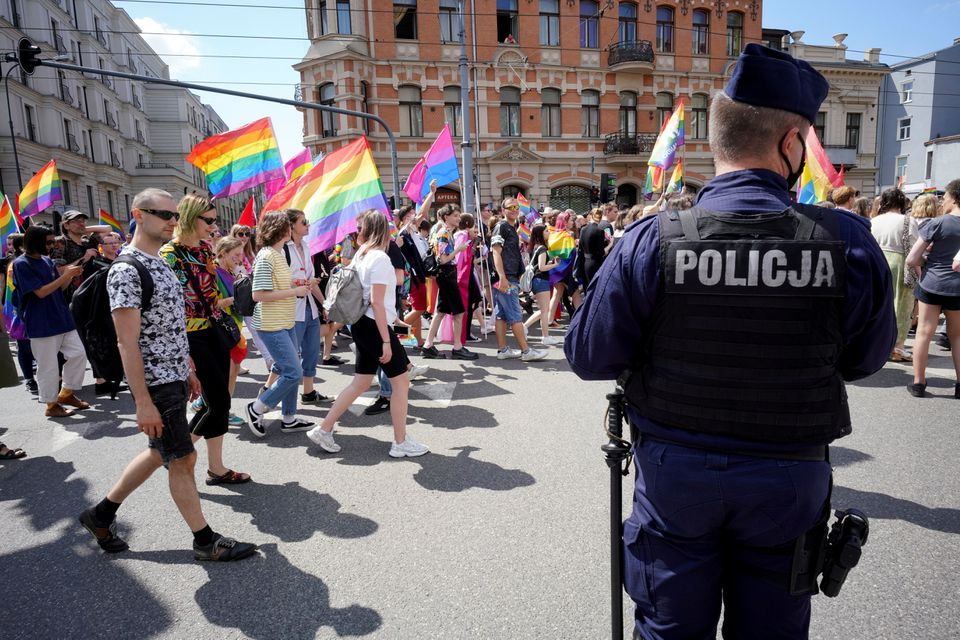 The EU says LGBT rights must be respected in all member states, but Poland’s ruling nationalist party has made anti-gay policies part of its governing platform.

In March it explicitly banned same-sex couples from adopting children, while more than 100 towns and areas have declared themselves “LGBT-free”.

“We are checking if there is a violation of EU treaties” in the creation of those zones, said one EU official, adding the process has not yet been completed. A second official confirmed the Brussels-based executive is looking into the issue.

Known as an infringement procedure, such a legal action would challenge Poland to eliminate the zones which, if not complied with, could lead to hefty fines.

Asked to comment, a Polish government spokesman said: “There are no laws in Poland that would discrimate against people based on their sexual orientation.”

Poland is already under a special EU probe for undercutting the rule of law.

The governing Law and Justice (PiS) party has repeatedly clashed with the EU over democratic values as it brought courts and media under more state control, curbed women’s rights and rejected immigration from the Middle East and Africa.

Despite such pressure and the fact that Poland is a major beneficiary of EU financial aid, Warsaw has largely refused to change tack, saying it must defend the country’s traditional, Catholic customs.