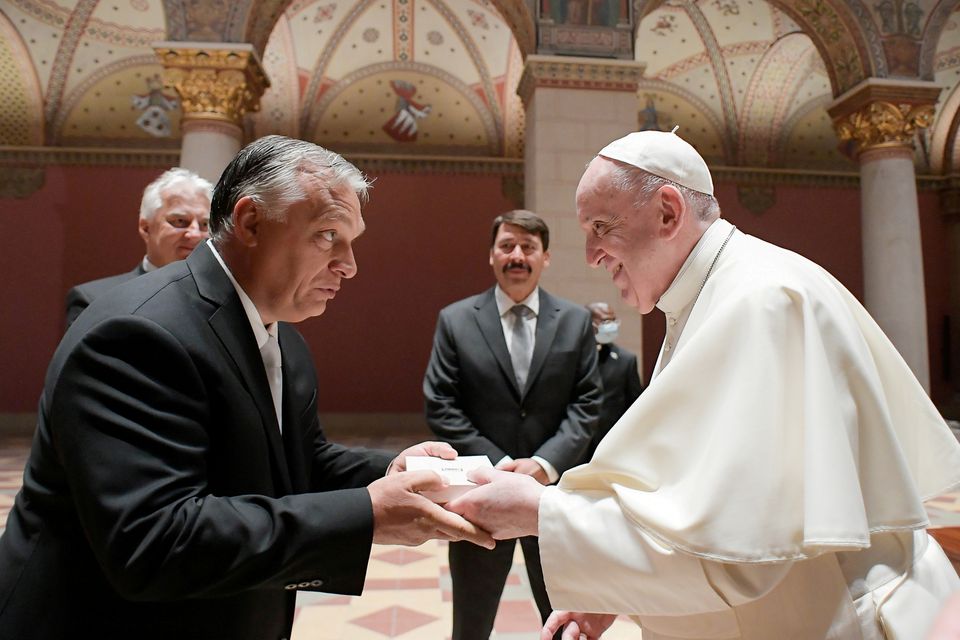 Hungary’s nationalist Prime Minister Viktor Orban said on Friday that his recent meeting with Pope Francis encouraged him to keep defending the traditional family though the pair avoided airing their differences over immigration.

In power since 2010, Orban has cast himself as a saviour of Hungary’s culture against Muslim migration into Europe and a protector of Christian values against Western liberalism.

That has won him domestic popularity – though he faces a potentially tough election next year – but brought criticism from rights groups and LGBT campaigners.

“The meeting gave me very strong encouragement,” Orban said of his encounter with Francis during an unusually short seven-hour stay in Hungary.

“The Holy Father made it clear that the fight we are waging to protect families is the most important struggle with regard to the future of Europe,” he added on public radio.

Last year, Hungary amended its constitutional definition of family to effectively ban adoption by same-sex couples: another win for conservatives but decried by rights groups.

Orban cited the pope as telling him during their 40-minute meeting that there should be no debate or argument over the traditional family unit.

“He expressed himself more strongly than I have ever managed to … (He said) the family consists of a father, a mother and children, full stop,” Orban said.

Both Orban and the pope, in a readout on his plane on Thursday, said immigration was not discussed.

Francis has often denounced what he sees as a resurgence of nationalist and populist movements, and criticised countries trying to solve the migration crisis with unilateral or isolationist actions.

The Vatican spokesman Matteo Bruni called the meeting cordial, and Francis told reporters that the birth rate, laws to incentivise having babies, and the environment were discussed.

“I tip my hat,” the pope said of Hungary’s efforts to clean rivers and defend the environment, adding that he intended a full visit in 2022 or 2023.

The pope said on the plane that the Church could not sanction homosexual marriage but governments should give gay couples legal rights in areas such as healthcare, pensions and inheritance.

In June, Hungary adopted a law banning the “display and promotion of homosexuality” among under-18s despite criticism from rights groups and the European Union that it is discriminatory. Orban says the law protects children.