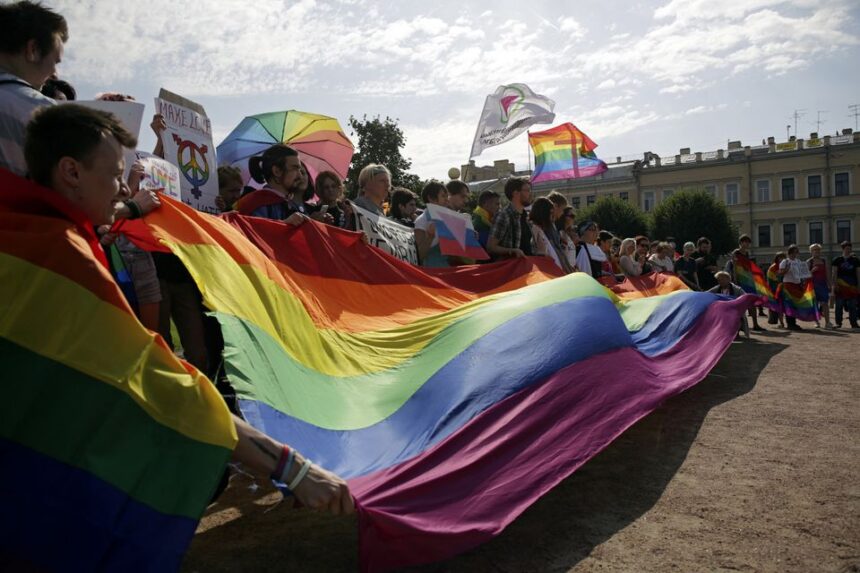 (Reuters) – Russian lawmakers backed a bill on Thursday that would expand an existing ban on the promotion of “LGBT propaganda” among children to include people of all ages, a move critics see as an attempt to further intimidate and oppress sexual minorities.

Under the new bill, passed unanimously on its first reading by the lower house State Duma, any event or act deemed to promote homosexuality – online, in film, in books, in advertising or in public – could incur a hefty fine.

Lawmakers say they are defending morality in the face of what they argue are “un-Russian” liberal values promoted by the West, but human rights groups say the moves are designed to outlaw representations of minorities such as lesbians, gay men, bisexuals and transgender people (LGBT) in public life.

Legal entities face fines of up to 5 million roubles, while foreigners found guilty of offences would face deportation from Russia.

One of the key architects of the bill, lawmaker Alexander Khinshtein, has denied that it represents an act of censorship.

“We are not banning references to LGBT as a phenomenon. We are banning propaganda and the wording is extremely important here,” he said at a hearing last week.

LGBT Network, which offers legal aid, has called the bill an “absurd” attempt to humiliate and discriminate against the LGBT community.

“Lawmakers suggest that the adult, capable population is not in a position to choose what to say, watch and read,” it said.

“In fact, what is happening is the total state abolition of LGBT+,” a representative from LGBT Network told Reuters.

“They want to ban us not only from talking about ourselves or somehow demonstrating our feelings for our partners, but also to completely erase any mention of us in culture: books, films, media and the like,” they said.