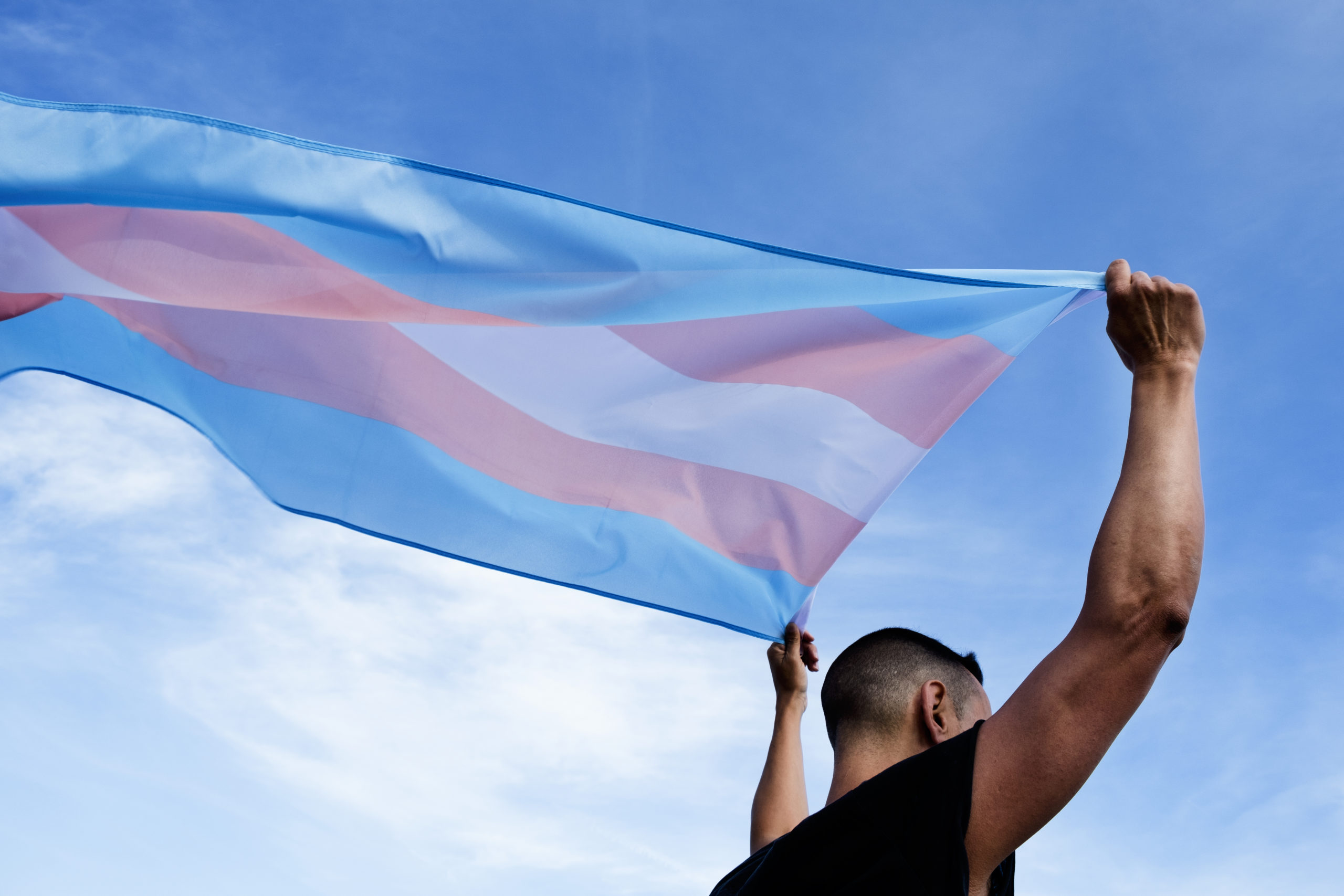 a young caucasian person, seen from behind, holding a transgender pride flag over his or her head against the blue sky
SHARE

LONDON/ATLANTA (Thomson Reuters Foundation) – When British tattoo artist Eva Echo found the courage to come out as transgender, she quickly sought specialist medical care to help her transition. More than four years later, she is still waiting for her first appointment.

Echo, who is part of a potential legal challenge to England’s National Health Service (NHS) over waiting times, said the delay left her “drowning” in gender dysphoria – the distress caused by someone’s gender identity not matching their body.

“There’s no way to tell where I am on the list or when I’m likely to be seen,” said Echo, 41, who lives in Britain’s second-largest city, Birmingham.

“I basically feel like I’m in limbo – my life is on hold.”

As greater awareness and acceptance leads more people to come out as trans worldwide, waiting times for gender care are soaring – even in wealthy countries with relatively generous state-funded healthcare provisions.

Britain has free public healthcare and gender clinics, specialist centres that assess people for cross-sex hormones and refer for procedures such as hair removal and gender-affirming surgeries, but long waits drive many trans people to go private.

Some trans patients and rights campaigners say the delays smack of discrimination and neglect.

She is one of four people, two under 18, supported by legal advocacy group the Good Law Project (GLP) considering legal action over waits for a first consultation that can stretch to four or five years for adults.

“We don’t think they’ve done enough. Trans people have heard this story repeatedly and the situation continues to deteriorate.”

The NHS said it was doing its best to respond to a steep growth in patient numbers.

“We have seen a significant increase in demand for gender identity services as more people feel able to come forward for support,” a spokesperson said by email.

“Long waits for state-funded or subsidised healthcare, challenges finding a doctor, and providers and insurance providers forcing trans people to justify why they need care are common globally,” he said.

Defenders of systems that require trans people to wait for certain care or to get psychiatric diagnoses of gender dysphoria claim it reduces later regrets, but many trans advocates criticise what they term “gatekeeping”.

A research summary by Cornell University found between 0.3% and 3.8% of people regret going through medical transition, with most data showing it improved well-being.

Sam, who uses the pronouns they and them, has been trying to access gender reassignment surgery in New Zealand since 2012 and has been on the waiting list since 2014.

“I still don’t have any indication of when I might get surgery,” they said, asking not to give their real name for privacy reasons.

Just over 300 people are waiting for the procedure, the health ministry said on Oct. 31 on its website. Five surgeries were performed in 2020 by the country’s only surgeon, after COVID-19 delays, and nine so far in 2021.

In 2019, the government pledged 3 million New Zealand dollars ($2.1 million) over five years to address the backlog.

“The Ministry is currently working on improving capacity,” a spokesperson said by email.

Sam was first required to be on testosterone and have had a double mastectomy, known as top surgery, though doctors said waiting times made that a long shot.

Eventually travelling to Thailand to undergo the procedure privately in 2014, Sam noted that the COVID-19 pandemic had prevented other trans New Zealanders from going overseas for care, making waiting lists at home even longer.

Long delays in England to access care for trans under-18s – whose waiting list is at least three years, according to the website of England’s only youth gender clinic – have already drawn complaints from trans children and their parents.

But Echo and other activists also want to highlight the plight of trans adults waiting years to see a specialist.

More than 21,000 people are currently on the waiting list for England’s seven adult gender care clinics, according to information on their websites or freedom of information requests published on various platforms.

Patients have to wait just over four years on average for an initial appointment, according to a Thomson Reuters Foundation analysis of times listed on their websites.

Those waiting for multi-step penis construction surgeries have had bigger delays to begin or finish procedures, with many waiting for follow-up or corrective operations, according to an October survey of 193 people by advocacy group TransActual UK.

“It’s been two years and a month since I had my stage 1 surgery,” said Chay Brown, a director of TransActual, who was told this month that “further” surgeries would resume in March after virtually coming to a halt for two years.

“As a group of people, we’ve been completely disregarded,” Brown said.

An NHS spokesperson said by email that doctors had started consultations with patients last week and that “surgery will start shortly”.

Last year, the British government announced three pilot clinics that it said would cut waiting lists by at least 1,600 by 2022 and later added a fourth scheme.

Elsewhere in Europe, too, policymakers are moving to bring their health policies in line with demand for gender identity treatment.

In Germany, which has a public-private healthcare system, the new centre-left coalition government has pledged LGBT+-friendly policies such as requiring insurance companies to fund gender-affirming care, including surgeries.

At the moment, German insurers often deny funding for surgeries, forcing patients to appeal and resulting in waiting times of up to five years, according to Bundesverband Trans*, an advocacy group.

Spain’s government, too, has proposed that gender-affirming healthcare be fully covered by the state in a draft LGBT+ rights law submitted to parliament earlier this year.

In the United States, most insurance policies cover hormones, but do not count surgeries as “life-saving care”, meaning patients have to provide extra paperwork, such as a gender dysphoria diagnosis, to persuade insurers to cover them.

“That just decreases the availability of that care, so it’s really a systemic issue,” said Dallas Ducar, chief executive of Transhealth Northampton, a trans-friendly clinic in Massachusetts.

For Scottie, a trans woman in Minnesota who did not want to give her surname, that meant nearly two years of appeals trying to access facial feminisation surgery, a process she said had made her feel “subhuman”.

After finally convincing her insurance provider to pay, it turned out the surgeon had moved out of state, meaning she had to find a new one and begin the appeal process all over again.

“Facial feminisation for me is life-and-death,” said Scottie, who now has a surgery date in 2022, having had it further delayed by COVID-19.

“Unfortunately … dysphoria is still looked upon like a trend.”