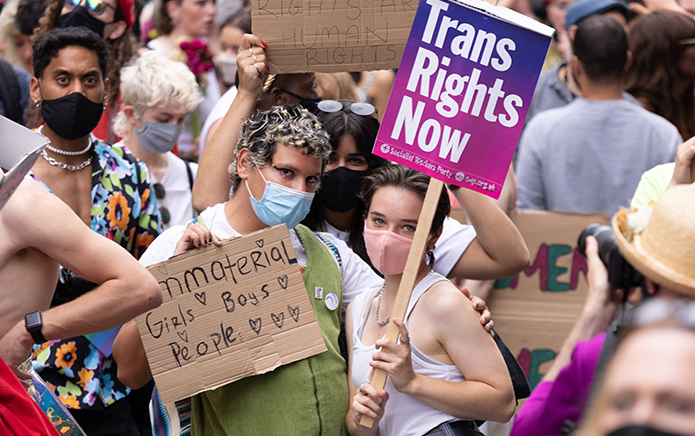 SAO PAULO (Thomson Reuters Foundation) – Having made history as the first trans person in Brazil to be elected as a state representative, Erica Malunguinho is used to criticism and abuse from the public and even other politicians.

Yet despite the challenges of working in a country that consistently ranks as one of the world’s deadliest places for LGBT+ people, the 39-year-old is undeterred in her push for equality for transgender people – especially in the workplace.

For Malunguinho believes that establishing a quota of public jobs for the trans community – following the lead of other South American nations such as Argentina and Uruguay – will not only change public opinion but ultimately reduce anti-LGBT+ violence.

“We need to naturalize the presence of trans people (at work) and in decision-making, so that they are not just recipients of public policies, but the designers of them as well,” Malunguinho told the Thomson Reuters Foundation by phone.

Elected to Sao Paulo’s state legislature in 2018, Malunguinho said she was not a single-issue candidate but recognized the need to keep advocating for LGBT+ rights.

“Politicians need to work harder to naturalize LGBT+ presences in universities, jobs and in politics – and that will reduce violence,” she said. “That is what I believe in with job quotas, and my role is to take these demands to the public.”

Argentina in June passed a law setting a 1% public sector staff quota for trans people – Uruguay did so in 2018 – and Malunguinho is eyeing a Brazilian target of between 1% and 2%. She is working on a bill that is set to be presented in January.

Another Brazilian lawmaker, congressman Alexandre Padilha, announced a draft law in January that would require large companies to reserve 3% of their jobs for trans employees.

Homophobia and transphobia are common in Brazil, a deeply religious country where both the Catholic Church and the increasingly popular evangelical Christian movement are frequently critical of LGBT+ rights.

But Brazil is also home to a growing population of young, educated liberals who support gay and transgender equality, and the country’s 2018 general election and 2020 municipal elections resulted in historic wins and huge gains for LGBT+ candidates.

However, President Jair Bolsonaro, a self-proclaimed “proud homophobe”, has repeatedly condemned LGBT+ people during his more than three decades in politics, while reports of violence against gay and transgender people in Brazil are on the rise.

“We need to stop violence against trans people in order to evolve as a whole in society,” Malunguinho said, citing negative representation of trans people by the media – “linking them to criminality and perversion” – as a big factor fuelling violence.

Malunguinho said she is always accompanied by bodyguards while traveling around her constituency, but is accustomed to verbal abuse and threats – be it from the public or politicians.

“(As a lawmaker), it’s unlikely I would suffer physical abuse,” she said. “But I feel the prejudice even from my peers.