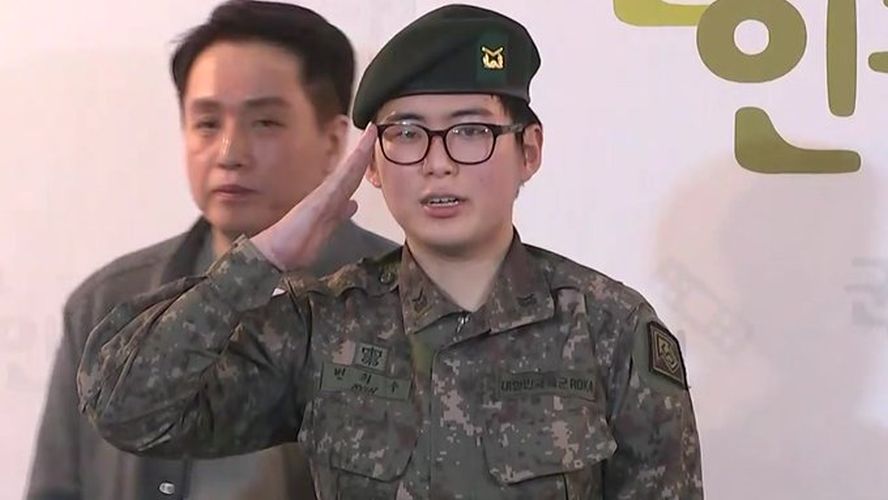 SEOUL (Reuters) – A South Korean soldier here who committed suicide earlier this year after being dismissed by the army following gender reassignment surgery won a posthumous victory on Thursday, as a court told the army to recognise her as a woman and annul her dismissal.

Staff Sergeant Byun Hui-su had wanted a transfer to the military’s female corps after undergoing the surgery, but was dismissed in January 2020 on grounds that gender reassignment rendered her “disabled” and unfit for service.

Byun went to court seeking reinstatement, but she took her own life here in March before the case was resolved. Regardless of her death, the outcome of the case is expected to hold implications for the military’s policy on sexual minorities.

The Daejeon District Court said that as Byun’s changed gender was already legally recognised, the army should have used standards applied to women to determine her fitness to serve.

“When based on standards of women, there are no mental or physical disability grounds for dismissal,” the court said, ruling in Byun’s favour.

The army said in a statement that it respected the court’s decision, but has yet to decide whether to appeal, and it would conduct a comprehensive review before deciding a course of action.

The Center for Military Human Rights Korea advocacy group, which had supported Byun, welcomed the ruling, but said it took far too long to reach such a “natural and common-sense result”.

“I believe this ruling is meaningful as it is the start of the discussion that could pave the way for all transgenders and sexual minorities in South Korea to serve in the military like other citizens,” an activist with Solidarity for LGBT Human Rights of Korea, who uses the name Osori to campaign, told Reuters.

The military has been rocked by multiple sexual abuse scandals this year, prompting lawmakers to pass a law that such cases should be handled by civilian courts.

South Korea requires all able-bodied men undergo at least 21 months of military service, and it has 550,000 troops on active duty here and 2.7 million troops in reserve.