As the world continues to recover from the pandemic, it’s clear that we all need a little bit of uplifting inspiration. Dolly Parton, the country music maven, has once again delivered with her latest single, “Gonna Be You.” The song, which was written by Diane Warren, is a tribute to female friendship and empowerment, and it features an all-star cast of female artists, including Gloria Estefan, Debbie Harry, Cyndi Lauper, and Belinda Carlisle.

Parton, who recently confirmed her upcoming Rock Star album after her Rock & Roll Hall of Fame induction last year, has been on a roll lately. She has announced a few of the featured artists on the album, including Paul McCartney, Stevie Nicks, Steven Tyler, P!nk, Brandi Carlile, and Cher. However, “Gonna Be You” is a departure from her usual style, with a more poppier sound that is sure to appeal to a wider audience.

The song soundtracks the highly anticipated film, 80 For Brady, which features Sally Field and Rita Moreno, as well as her old 9 to 5 costars (and famous Grace and Frankie duo) Lily Tomlin and Jane Fonda. The film is a celebration of the friendship and camaraderie that women share, and it’s clear that Parton and her fellow female artists have a deep admiration for each other.

“I love feeling like I’m still part of something great,” Parton says of the new track. “Being with those gals that we know are great was a thrill.” Lauper adds, “Friendships between women are important and I think Diane’s lyrics captured that. It was really touching.” Estefan joins in on the lovefest, saying, “What an honor to share this incredible experience with women that I have admired for decades!”

In a time when we’re all looking for a little bit of inspiration, Dolly Parton’s latest single is a reminder that female friendship and empowerment are powerful forces that can help us get through even the toughest of times. We can’t wait to hear more from the music legend when her Rock Star album is released. 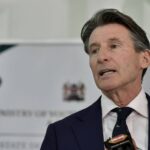 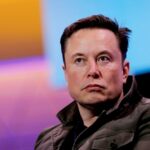