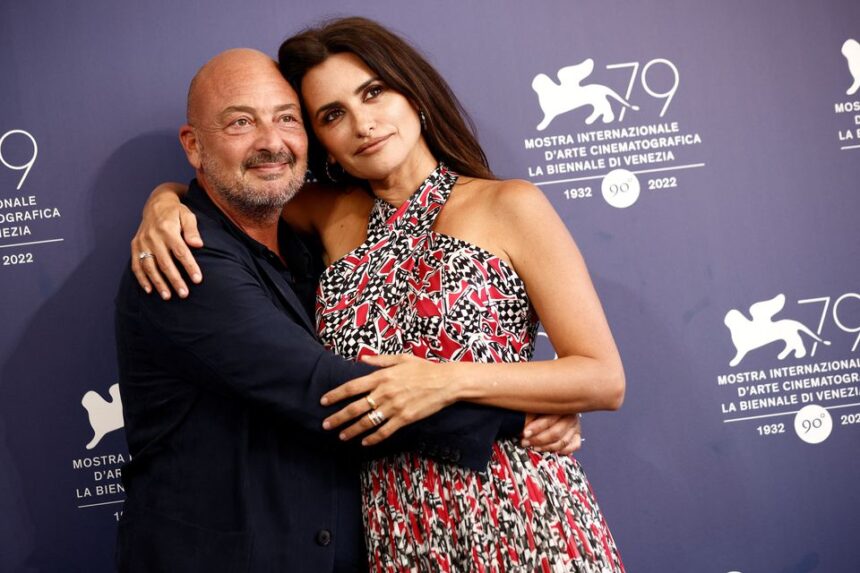 VENICE (Reuters) – Award-winning Italian director Emanuele Crialese revealed on Sunday that he had been born a woman as he presented his highly autobiographical movie “L’Immensita”, starring Penelope Cruz, at the Venice Film Festival.

“L’Immensita” focuses on an Italian family growing up in 1970s Rome, where the eldest daughter identifies as a boy, throwing fuel onto already tense relations between her mother, played by Cruz, and her abusive, unfaithful father.

“It is inspired by my childhood and my own story,” said Crialese, whose last film, “Terraferma”, won the Special Jury Price at Venice in 2011.

“I was born biologically a woman, but that does not mean that I don’t have in me a huge part (that is a) female character. That is probably the best part of me,” he said, speaking publicly for the first time about his transition.

“At a certain point I had to make a choice … of whether to live or to die. You don’t choose to make that sort of journey. You are born that way,” he added.

He did not give any details of his transition, but said that as in his often tender film, he relied on his mother for support and recognised the anxiety it caused her.

In the Italian-language movie, Cruz’s initially exuberant character buckles under the weight of her overbearing husband and troubled trio of children, all of whom carry the scars of living in an unhappy household.

Cruz, who won the best actress award in Venice last year for “Parallel Mothers”, said her character finds herself caught in a situation from which there was no escape.

“There are many women around the world trapped in their own homes, trying to pretend in front of their children that nothing is as bad as it looks. It is just (done) out of survival. I know some of them, terrible, horrible stories,” she told reporters.

“L’Immensita” is the latest in a long line of films where Cruz has played a mother, a role she said she had felt drawn to from a young age in her native Spain.

“(I had) a very strong maternal instinct since I was a five-year-old girl who was telling everybody in the park my plan was becoming a mother as soon as possible,” she said.