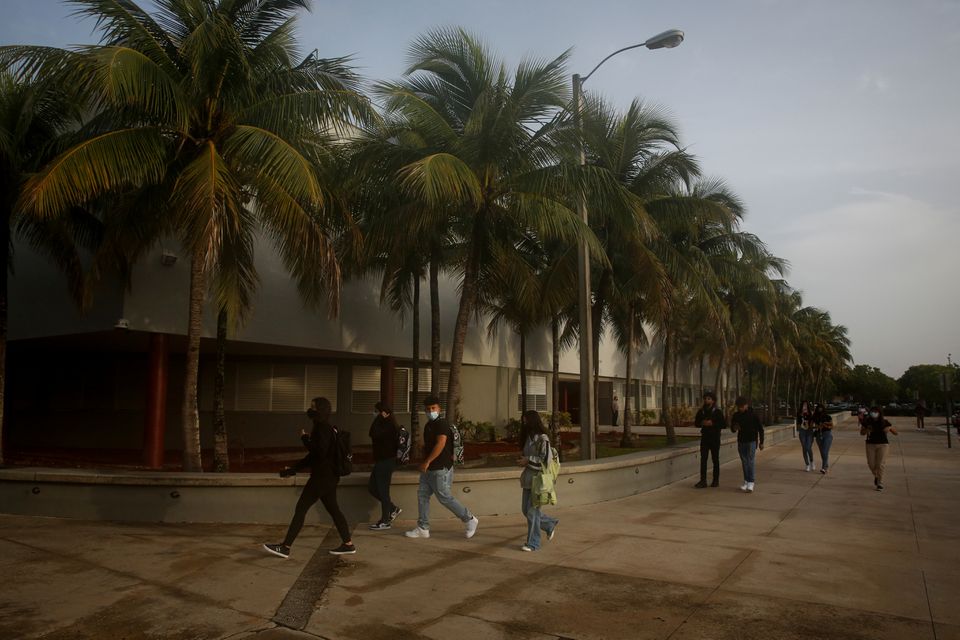 Feb 24 (Reuters) – Florida’s House of Representatives on Thursday approved a Republican-backed bill that would prohibit classroom discussion of sexual orientation and gender identity, a measure Democrats denounced as being anti-LGBTQ.

Dubbed the “don’t say gay” bill by opponents, the legislation is part of a broader political debate in the United States over how sexual orientation and gender identity should be recognized in schools, sports and healthcare settings.

The Florida bill states that “classroom instruction by school personnel or third parties on sexual orientation or gender identity may not occur in kindergarten through grade 3 or in a manner that is not age appropriate or developmentally appropriate for students in accordance with state standards.”

The bill’s supporters said it was designed to keep schools from talking about topics young kids were not ready to process. U.S. President Joe Biden, a Democrat, called it “hateful” in a tweet earlier this month and pledged that his administration would fight to protect the lesbian, gay, bisexual, transgender and queer community.

While the language only specifically includes young children in those primary school grades, critics said it could be interpreted to extend to all grade levels depending on what is deemed “age appropriate.” The bill would allow parents to sue school districts in violation.

The measure passed 69-47 on Thursday, with mostly Republican support.

“Little children do not have a fully developed prefrontal cortex. They don’t have that ability to understand things at a certain level,” Republican state Representative Tom Fabricio said during debate ahead of the vote.

“This is an anti-gay bill. And if you vote for this anti-gay bill, after today, you can never ever claim to be an ally of the LGBTQ community. In fact, you are voting to be an opponent,” he told fellow lawmakers.

A companion bill must also be passed in the state Senate before the legislation goes to Governor Ron DeSantis for his signature. DeSantis, a Republican, seemed to signal his support for the bills formally titled “Parental Rights in Education” at a public event earlier this month.

“Injecting these concepts about choosing your gender…that is just inappropriate for our schools,” he told reporters.

The governor’s office did not return a request for comment. The bill would take effect in July if it becomes law.

Republican lawmakers across the country have pushed measures seeking to limit children’s education on LGBTQ issues and restrict transgender kids from accessing gender-affirming medical treatment and bathrooms that match their identity.

Democrats have sought to increase children’s freedom to access these services and facilities in accordance with their gender identity.

In Texas this week, Republican Governor Greg Abbott instructed the state’s child welfare agency to investigate any gender-affirming medical procedures for transgender youth as “child abuse.” That move was also widely condemned by LGBTQ advocates, as well as healthcare providers.

The governor’s letter to the Texas Department of Family and Protective Services came after the state attorney general last week wrote that such medical procedures “can legally constitute child abuse” under Texas law.

It was not immediately clear how this interpretation of the law could be enforced.

Cathryn Oakley, state legislative director for the Human Rights Campaign, condemned Abbott’s move and Florida’s bill in a call with reporters on Thursday. She said 2022 is “poised to become the year of the most anti-LGBTQ legislation” in the United States.