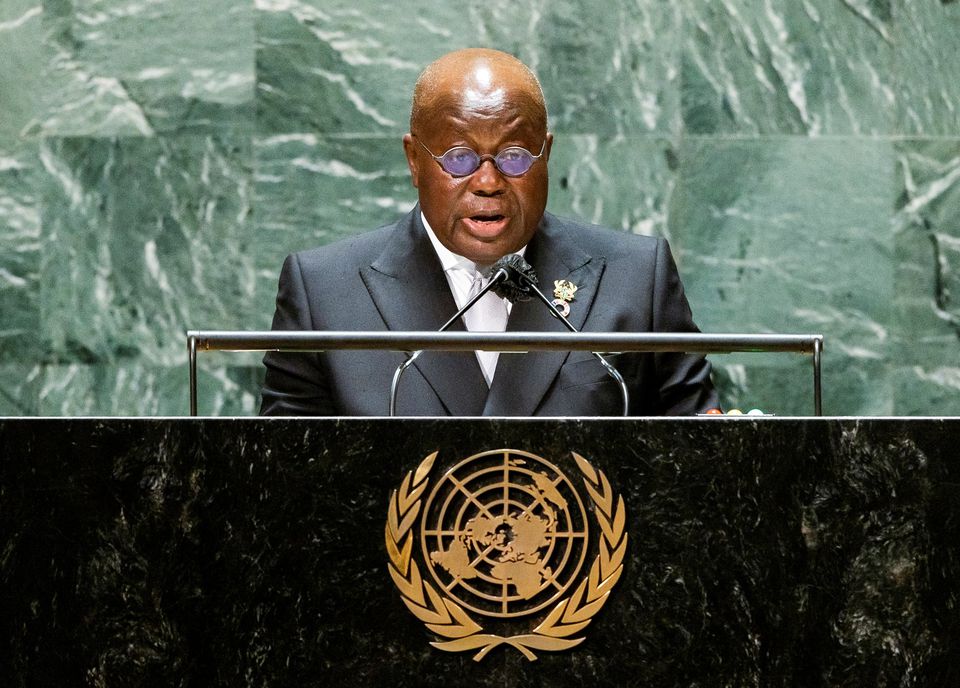 (Reuters) – Ghanaian President Nana Akufo-Addo on Thursday emphasised the need for civil debate and tolerance as parliament works towards a vote on a controversial bill that would make it a crime to be gay, bisexual or transgender.

The so-called family values bill has dismayed the local LGBT+ community and prompted U.N. human rights experts to warn it could establish a system of state-sponsored discrimination and violence.

Gay sex is already punishable with up to three years in jail in Ghana, where homophobic persecution is widespread, but the draft law would criminalise being LGBT+ or advocating for LGBT+ rights, and impose longer sentences.

The first reading of the bill took place in August, but it is not yet clear when it will be debated by lawmakers.

“What I would hope for is that the debate itself be civil, that we will recognise the need for us to be tolerant of each other even when there are opposing views,” Akufo-Addo said in an interview with radio station Peace FM.

“I think it will be a credit to Ghanaian democracy if this matter is handled in the correct manner.”

Akufo-Addo has previously spoken out against same-sex marriage, saying it would never be legalised while he is president.