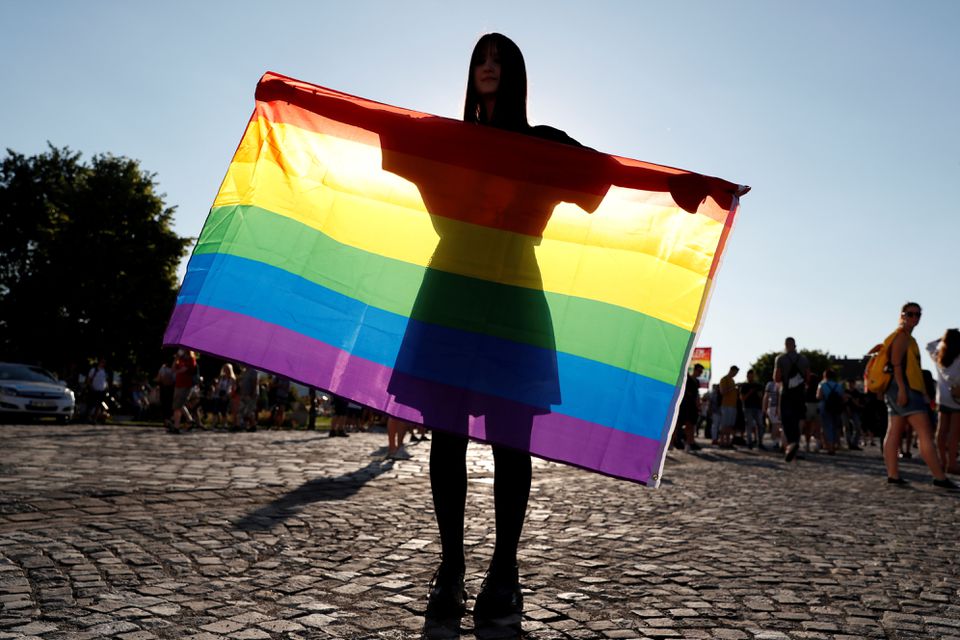 BUDAPEST, July 7 (Reuters) – Hungary has fined the distributor of a children’s book about same-sex ‘rainbow families’ under a law that bans unfair trade practices, a move described by its U.S. author as a “direct attack on freedom of information and the freedom to publish”.

The levying of the fine comes just before a new law – condemned by the European Union – is due to come into force on Thursday tightening a ban on disseminating content in Hungarian schools deemed to promote homosexuality and gender reassignment.

A local government official said the distributor had misled customers because the book, which features a boy with two mothers, was placed in shops among other children’s books without adequate signposting about its “different” content.

The book is a Hungarian translation of “Early One Morning” by U.S. science fiction and fantasy writer Lawrence Schimel, which shows the everyday lives of two families from the perspective of children.

“This book was placed among other books of fairy tales and this way they breached the law,” Richard Tarnai, Pest county government commissioner, told commercial channel HirTV.

“The unfair practice is when… you cannot see that a family different from a normal family appears in this book. If this notice is there, it’s OK.”

Tarnai did not name the distributor, which must pay a fine of 250,000 forints ($834) under legislation that bans unfair trade practices.

The author Schimel told Reuters it was significant that his book had come under attack just before the new law targeting LGBTQ+ rights enters into force in Hungary.

“It is a coordinated attack, they are trying different methods in order to create fear about talking about rainbow families and other issues that exist in the world,” he said.

The Foundation for Rainbow Families, publisher of “Early One Morning”, said in a statement on its Facebook page on Wednesday that the book had helped the roughly 1,000 ‘rainbow families’ in Hungary, which refers to parents of the same sex bringing up a child, or to an LGBTQ+ parented family.

“Rainbow families are completely normal, ordinary families… The book shows simple, ordinary happenings and the sexuality of parents is not a topic in the book.”

The European Union and rights groups have strongly criticised Hungary’s new law. On Wednesday the head of the EU executive, Ursula von der Leyen, repeated her call for it to be repealed, saying it was “a disgrace” to discriminate against people on the basis of their sexual orientation.

Prime Minister Viktor Orban’s right-wing government says it is protecting traditional Christian values against what it sees as the excessive liberalism of western Europe.