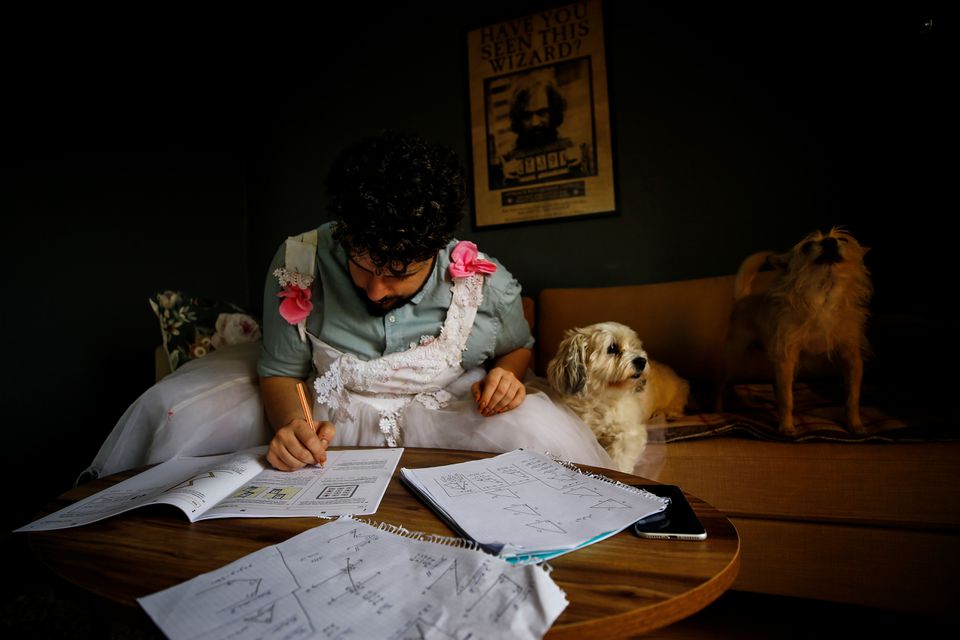 “I didn’t want any problems at the entrance,” Hakiki, 23, told Reuters at home in the capital Ankara. Hakiki identifies as “lubunya” in Turkish, a term that refers to people who identify with LGBT+ culture but for which there is no direct translation.

“We are subject to all kinds of violence from the moment we begin to exist as an LGBTI+ person, whether from people on the street, the government or the police.”

Advocates say crackdowns on Pride events and other curbs on free speech and assembly reflect the government’s heavier hand including recent open denunciations of the LGBTI community.

President Tayyip Erdogan’s government has dismissed such claims of discrimination and says police are upholding the law against “unlawful” protests. In other instances, the government has denied the existence of LGBTI individuals, or said the concept was imported from the West, and posed a threat to family values.

Transgender Europe, a network of organizations that advocate for rights, says 54 transgender people were killed in Turkey from 2008 through September 2020, the highest rate in Europe. Reuters has not independently confirmed the figure.

Police used tear gas to disperse some of the hundreds who had gathered and the government said they were responding in part to vandalism.

Such events have been banned in recent years, though in the past thousands took part in the main Istanbul Pride parade.

Asked to comment on claims that government rhetoric and policies increase personal risk for transgender people, the Interior Ministry and Presidential Palace did not immediately comment.

European Union concerns over human rights have hindered Turkey’s accession process, which has been languishing for years after the bloc informally suspended membership talks.

For the third straight year in 2020, Turkey ranked second lowest in the “Rainbow Index” that measures respect for LGBTI human rights in 49 European countries, according to the International Lesbian, Gay, Bisexual, Trans and Intersex Association (ILGA-Europe).

Advocates like Hakiki, who is part of the Ankara-based Pink Life LGBT+ solidarity group, say examples of discrimination such as difficulties finding housing and jobs are multiplying.

In February, amid student and faculty protests over the naming of an Istanbul university rector, Erdogan and other officials seized on the display on campus of an image that combined Islamic imagery and rainbow flags.

The Interior Ministry and Palace did not immediately comment on claims that government rhetoric amounts to discrimination against transgender and other LGBTI people.

Last month, Council of Europe Commissioner for Human Rights Dunja Mijatovic sent a letter to Turkey’s interior and justice ministers expressing concern about rising homophobic narratives by some officials, and called on them to reverse course and protect LGBTI rights.

“I want to stay in this country and continue our struggle for rights,” said Hakiki, who is of Kurdish origin and who completed the entrance exams and aims to study performance arts management in Istanbul.

“If there’s going to be a change in this country, it will be led by the LGBTI+ movement. It is the government who is afraid of this movement, and not the other way around,” they said.

(This story corrects how Hakiki identifies and makes clear references are to the broader LGBT+ rather than transgender community.)