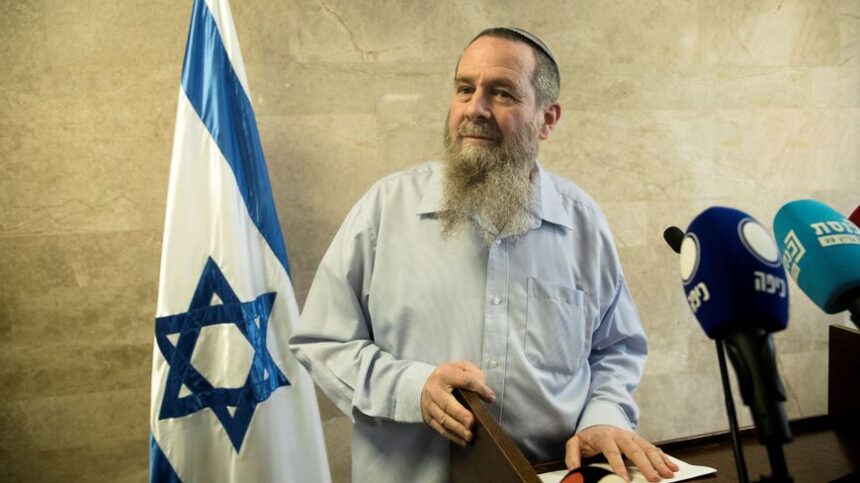 JERUSALEM, Dec 7 (Reuters) – Incoming Israeli premier Benjamin Netanyahu drew opposition from scores of local authorities after naming a far-right politician with a history of anti-LGBTQ speech to head a new “National Jewish Identity” authority with powers over some school activities.

Under a coalition deal following Netanyahu’s Nov. 1 election victory, Avi Maoz, sole member of the Noam party, will become a deputy minister to lead the newly formed authority within the prime minister’s office.

Maoz, who has said he wants to beat back progressive agendas in schools and strengthen national Jewish identity, would also have authority over extra-curricular educational content like guest lecturers in Israeli classrooms.

The deal prompted more than 50 municipal officials and 300 school principals to notify Netanyahu that they would not play along with any politician who endangered pluralism and democratic values.

“When you are willing to concede to religious parties and sell your values in exchange for other things, that will come back to you multiplied,” Tel Aviv mayor Ron Huldai told Israel’s 103 FM radio.

Maoz in a statement on Monday called the backlash a wild, undemocratic campaign by the losing minority, meant to delegitimize Netanyahu’s emerging government. He pledged that any steps he takes will be fully transparent and in full cooperation with parents and schools.

Netanyahu on Friday also rejected the criticism, saying he would lead his government “according to the national and democratic principles that have guided me all my life”.

Maoz’s appointment follows other coalition deals naming the fireband Itamar Ben-Gvir as security minister and fellow far-right leader Bezalel Smotrich as finance minister in what is set to be one of the most right-wing governments in Israel’s history.

Maoz, who has said he is not anti-gay but rather opposed to the LGBTQ movement, last week called for the cancellation of the annual Jerusalem gay pride march, which he described as “an abominable and promiscuous parade”, prompting Netanyahu to pledge the event would remain intact.

“It’s problematic, it’s putting the children back in the closet and sending them back into ignorance,” Bialer said.

On Tuesday, outgoing Education Minister Yifat Shasha Biton convened an emergency meeting at the Israeli Knesset, which was attended by mayors and education officials.

“How can programmes about gender equality, women’s rights, minority rights, tolerance, acceptance of the other, sex education be placed in his hands?” she asked. 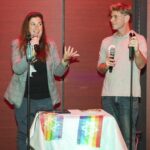 Some LGBTQ believers stick with faiths that repudiate them