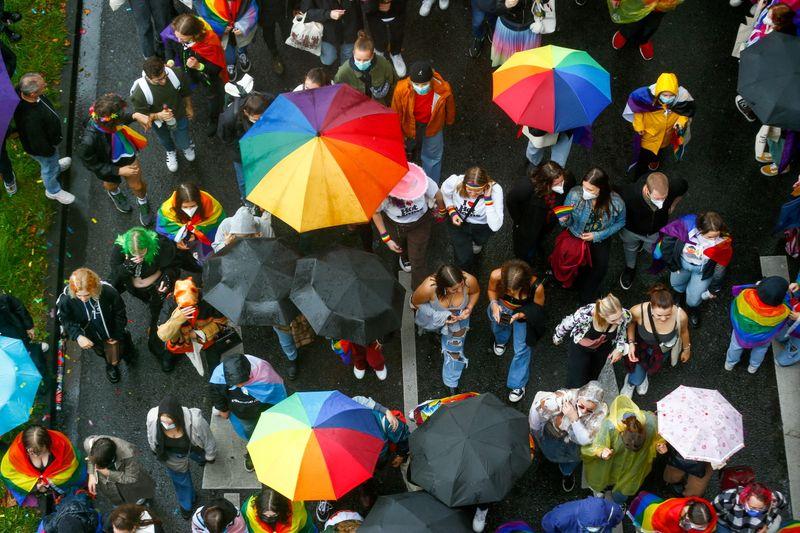 NEW YORK (Reuters) – Companies must go beyond simply expressing support for LGBTQ workers and engage in sustained efforts to eliminate entrenched biases if they want to create true inclusion, experts in workplace equality told the Reuters Next conference on Thursday.

“It’s wonderful if a company wants to have a float in the Pride Parade,” said Thomas Mew, a partner at the law firm Buckley Beal in Atlanta, said during a panel discussion.

“But that’s an easy gesture. It’s appreciated, but what else are you doing every day?”

Having policies in place that promote diversity and mandate equality are only the starting point, the panelists said. Companies must strive to create a culture in which support for lesbian, gay, bisexual, transgender and questioning and/or queer workers is not merely performative.

In part, that requires business leaders to understand that promoting diversity and inclusion in the workplace leads to more financially successful enterprises, said Gurchaten Sandhu, a programme officer at the International Labour Organization.

“We always see ourselves as supporting ‘them,’ when in fact, it’s not about them,” said Sandhu, who uses he/they pronouns. “It’s about all of us.”

Mark McBride-Wright, the founder of Equal Engineers, which helps engineering and technology organizations become more diverse, said that while it’s important to call out discrimination, attacking people for their biases is not necessarily the most effective strategy.

“It doesn’t mean we have to avoid the awkward conversations on homophobia, biphobia, transphobia, misogyny, racism,” he said. “But we’re not also going to achieve progress if we keep coming at it like the villagers with pitchforks that are hunting down those that are the persecutors.”

In some cases, business leaders who do not themselves identify as LGBTQ may feel trepidation about asking questions about people’s personal experiences, especially when it comes to transgender and non-binary employees.

But those conversations are also crucial, McBride-Wright said.

“It probably feels like they’re walking on eggshells,” he said. “Actually, you can be vulnerable … Show that curiosity, that positive intent to learn. You can make mistakes, you can slip up.”

Multinational corporations, in particular, have a responsibility to promote a message of inclusion on global platforms and to pressure governments to pass legislation ensuring a level playing field, Sandhu said, which in turn can smooth the path for smaller businesses.