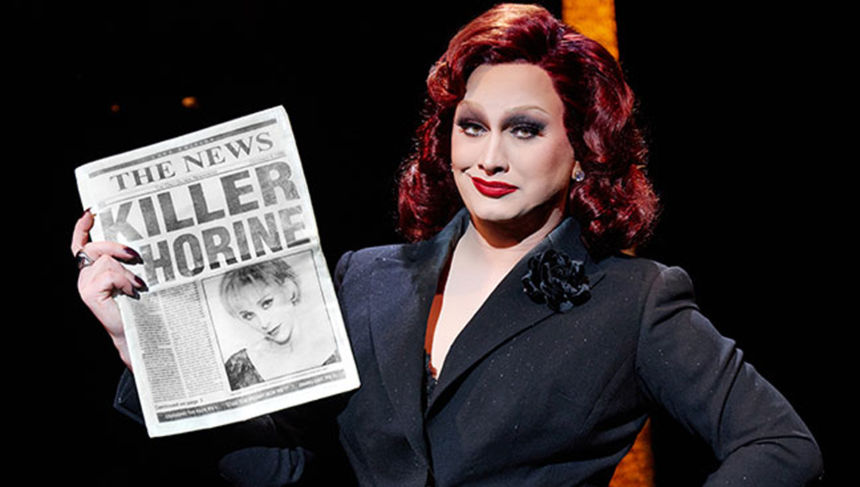 As a two-time winner of RuPaul’s Drag Race and a prominent figure in the LGBTQ+ community, Jinkx Monsoon has achieved a level of success and recognition that few in her field can match. Now, she’s taking her talents to the next level by making her Broadway debut in the iconic musical Chicago.

Monsoon, who has been performing in various stage productions for over a decade, will be taking on the role of Matron “Mama” Morton, a character she’s been singing songs from since she began her drag career. The audition process, she says, was traditional and rigorous, but she is thrilled to have landed the role.

“I’m through-the-roof excited. I’ve been singing songs from Chicago since I began drag,” Monsoon explains. “I’ve sung ‘When You’re Good to Mama’ I don’t know how many times. But how it came about was really traditional. I was in New York for something that I was filming. My agent reached out and said that the production of Chicago on Broadway was interested in having me audition for Matron ‘Mama’ Morton and Mary Sunshine. And while I love the role of Mary Sunshine, I’m 10 times more interested in auditioning for Mama Morton.”

Monsoon’s Broadway debut comes at a time when the drag community is facing renewed conservative pushback and anti-drag rhetoric from right-wingers. However, Monsoon believes that drag’s art form can only benefit from the larger platform that RuPaul’s Drag Race’s move to MTV represents.

“Any step that drag takes forward into the mainstream is a positive thing,” she declares.

As Monsoon takes to the Great White Way, she is also keenly aware of the political climate and its impact on the LGBTQ+ community. Though she celebrated President Biden’s signing of the Respect for Marriage Act, which federally fortified protections for same-sex marriage, Monsoon also acknowledges the challenges and obstacles that still exist.

“I guess I’m a little nihilistic at this point, because I’m excited that there’s a president acknowledging the queer community and ‘respect’ is right in the title, so there’s a lot of things to be celebrated,” Monsoon notes. “But Roe v. Wade was overturned after 50 years of being a Supreme Court ruling. And so I’ve just lost hope in our government. That’s where I’m at.”

Jinkx Monsoon’s Broadway debut is a reminder of the resilience and determination of the LGBTQ+ community. Despite the challenges and obstacles, Monsoon is breaking barriers and setting new standards for drag performers everywhere. 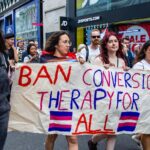 The Ongoing Trauma of Conversion Therapy in the UK
Next Article