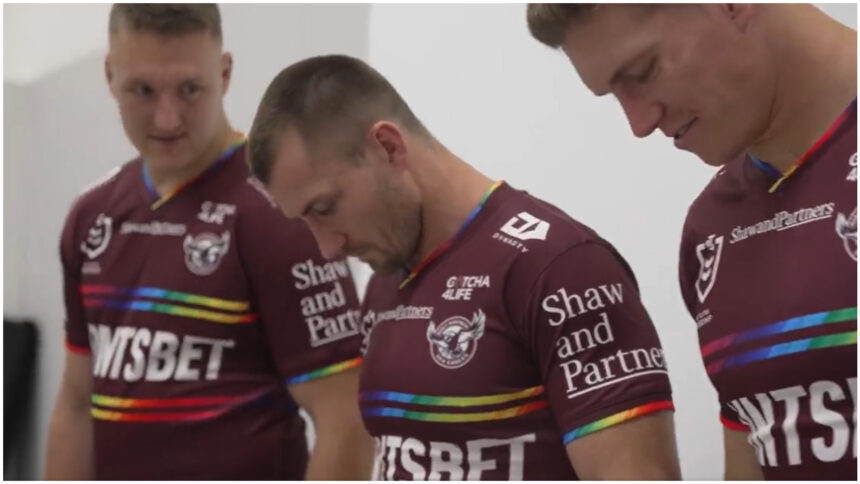 MELBOURNE (Reuters) – Two of the seven Manly players who declined to wear a “pride” jersey in Australia’s National Rugby League (NRL) have broken their silence on the furore, saying they hope people can respect their decision and move on.

The players stood down from an NRL match against the Sydney Roosters in July on religious and cultural grounds rather than wear the rainbow-decorated jersey which was intended to symbolise inclusiveness.

Their boycott, which had their coach’s blessing, triggered a firestorm of criticism from LGBTIQ groups and ignited a debate about how to balance religious freedom with inclusion.

Two of the boycotters, Manly forward Haumole Olakau’atu and team mate Toluta’u Koula, looked back on the episode as a difficult time but made no apologies for their stand.

“I don’t know what else to say. I hope everyone just respects our decision and moves on,” 24-year-old Olakau’atu told Sydney’s Daily Telegraph after training with Tonga at the Rugby League World Cup in England.

“My faith comes first before anything. It is who I am.”

Manly’s then-coach Des Hasler, who was sacked after the team lost its last seven matches of the season, defended the seven players and said the club had failed to consult them properly before going public with the jersey initiative.

Olakau’atu said he had called his parents when he found out about the jersey.

“They said just to follow my heart. It made it 10 times easier, especially growing up in a religious family,” he said.

Koula said he had tried to avoid looking at social media after the boycott.

“There was some hate out there but I tried not to pay too much attention to it,” the 20-year-old said.

With more than half of their starting 13 stood down, Manly lost their home match 20-10 to the Roosters.

The seven’s boycott lasted only for that match and they returned to the field subsequently but Manly lost another five games in succession to miss the playoffs.

Media reported the boycott caused a rift in the dressing room but Koula said the playing group remained “tight” through the losing streak.

“I think everything that happened brought everyone closer to each other. We all had each other’s backs.”