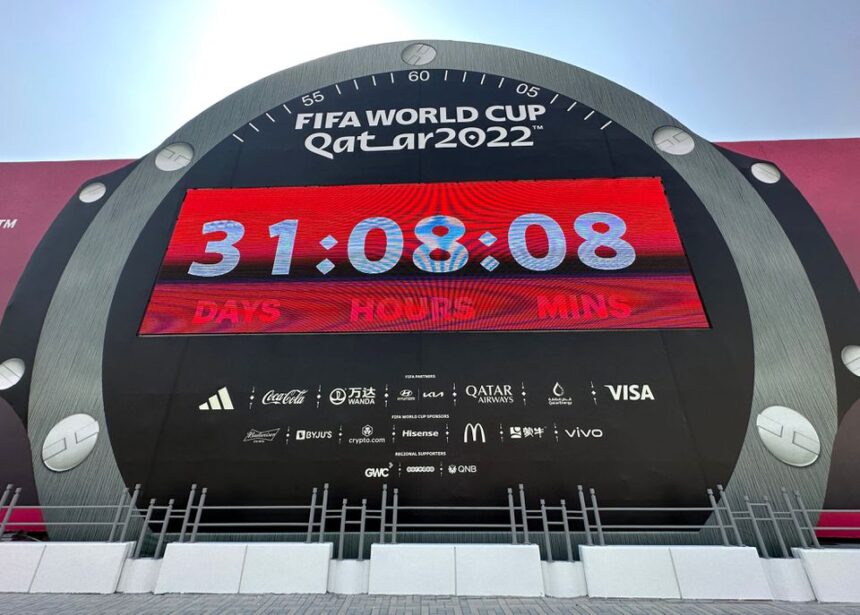 Homosexuality is illegal in the conservative Muslim country, and some soccer stars have raised concerns over the rights of fans travelling for the event, especially LGBT+ individuals and women, whom rights groups say Qatari laws discriminate against.

A Qatari official said in a statement that HRW’s allegations “contain information that is categorically and unequivocally false,” without specifying.

Organisers of the World Cup, which starts on Nov. 20 and is the first held in a Middle Eastern nation, say that everyone, no matter their sexual orientation or background, is welcome, while also warning against public displays of affection.

“Freedom of expression and nondiscrimination based on sexual orientation and gender identity should be guaranteed, permanently, for all residents of Qatar, not just spectators going to Qatar for the World Cup,” HRW said in a statement.

The organisation said it had interviewed six LGBT Qataris, including four transgender women, one bisexual woman and one gay man, who reported being detained between 2019 and 2022 and subjected to verbal and physical abuse, including kicking and punching.

They were detained without charge in an underground prison in Doha, HRW said, and one individual was held for two months in solitary confinement.

“All six said that police forced them to sign pledges indicating that they would ‘cease immoral activity’,” it said, adding that transgender women detainees were mandated to attend conversion therapy sessions at a government-sponsored clinic.

Qatar does not “license or operate ‘conversion centres’,” the Qatari official said.

One of the transgender Qatari women interviewed by HRW told Reuters on condition of anonymity that she was arrested several times, most recently this summer when she was held for several weeks.

Authorities had stopped her due to her appearance or for possessing make-up, the woman said, adding that she had been beaten to the point of bleeding and had her head shaved.

The behaviour centre she was mandated to attend told the woman she had a gender identity disorder and accused her of being transgender in search of “sympathy from others”.

“The last thing I want is sympathy, I just want to be myself,” she said.