As the comics industry continues to evolve and diversify, new and exciting characters are being introduced to readers everywhere. One such character is Jules Jourdain, also known as Circuit Breaker, who will make their debut in the upcoming comic “Lazarus Planet: Dark Fate #1.”

Jules is a trans man who embraces a non-binary identity and is described by writer and artist A.L. Kaplan as “not super into the binary.” Jules is also said to have a connection to the Still Force, a cosmic force that allows those who can tap into it to negate motion.

This new hero will be facing off against villains created by the “Lazarus storm,” and fans are already eagerly anticipating the release of the comic. DC editor Andrea Shea praised Kaplan for bringing Jules to life, saying “he’s going to be your new favorite character.”

As the comics industry continues to move towards greater representation and inclusion, it’s exciting to see characters like Jules Jourdain being embraced by fans and creators alike. The comic will be on sale February 14th.

Prince Harry’s Support for the LGBTQ+ Community: A Beacon of Inclusion and Equality
Next Article Israel’s Netanyahu moving ahead on legal overhaul despite outcry 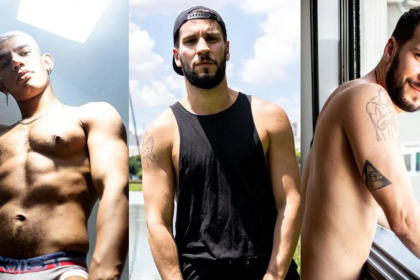