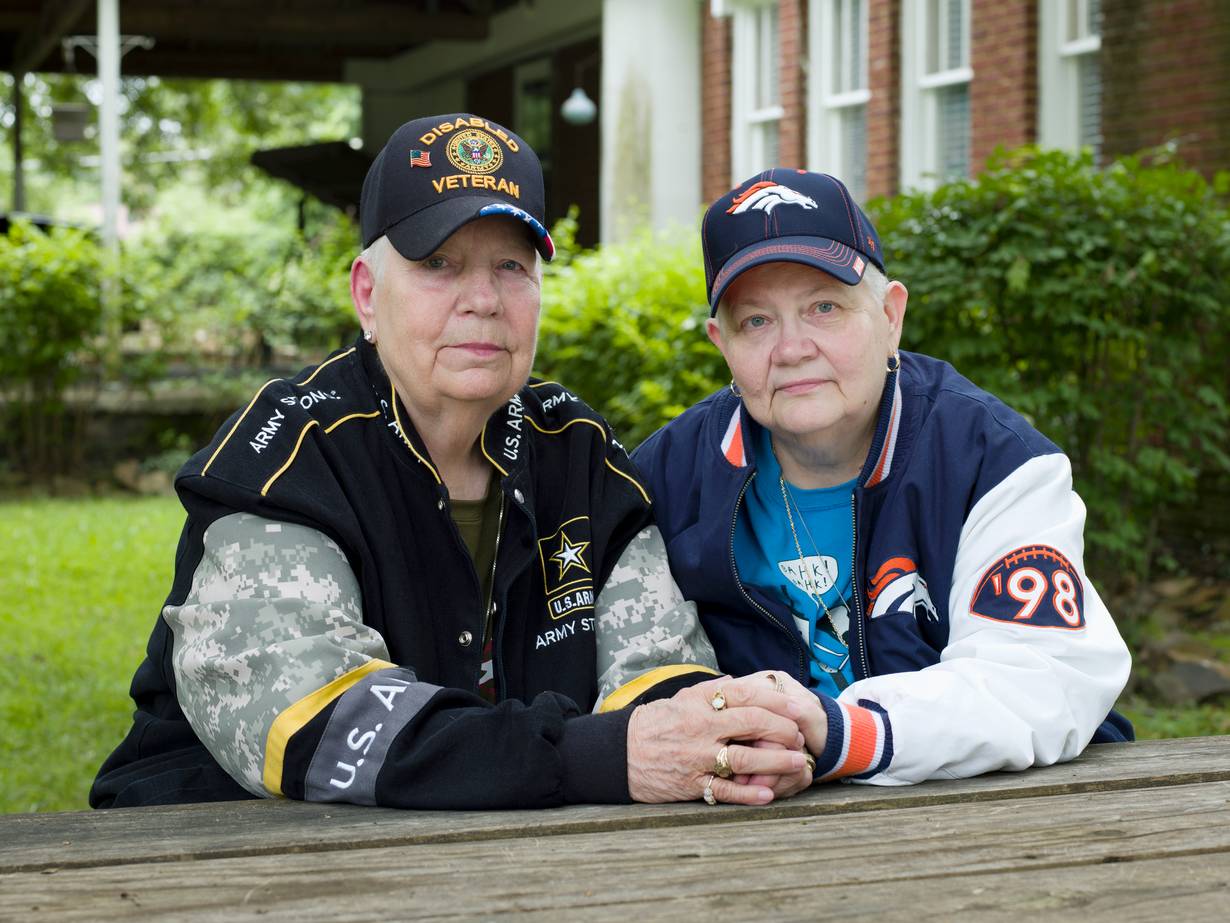 NEW YORK, Feb 23 (Reuters) – The patient was 78, in poor health and had nowhere else to go, so a hospital social worker was tasked with finding her new sheltered accommodation in the U.S. state of Maine.

Discussions began with one facility about finding her a bed – until the home said it would not accept her.

According to a complaint filed with the Maine Human Rights Commission in October 2021, Sunrise Assisted Living in the town of Jonesport declined to admit the elderly woman after being told she was transgender.

Lawyers for the trans woman, who is identified in the filing only as Jane Doe, say she was discriminated against because of her gender identity – highlighting the problems faced by older LGBTQ+ Americans who need long-term residential care.

“This case really demonstrates that vulnerability,” said Klein, adding that the discrimination complaint is believed to be the first of its kind in the United States.

The human rights commission is expected to issue a decision in the case in the next few months.

After that, the parties could try to resolve the dispute between themselves or a complaint may be filed in Maine Superior Court by the commission or the Jane Doe.

Maine is one of nearly half of U.S. states that forbid discrimination on the basis of sexual or gender identity in both housing and public accommodation, categories that include residential care homes for the elderly.

According to the Maine filing, the administrator at Sunrise did not want to put the complainant in a room shared with another woman despite it being standard practice.

Both the facility’s administrator and attorney declined to comment.

In an email exchange through Klein, the trans woman – who was eventually placed in a different care home – said she thought her experience reflected widespread discrimination against trans seniors requiring residential care.

Approximately 1 in 200 U.S. residents 65 and older identify as trans, according to the Williams Institute at the University of California, Los Angeles, School of Law.

As the first substantial generation of people who have been living openly as transgender reaches old age in Western countries, LGBTQ+ rights campaigners say care systems in the United States and other nations are woefully unprepared.

From New York City to Spain, only a handful of nonprofits are trying to plug the gaps in caring for elderly trans people.

Trans elderly people are more likely to need institutionalized care due to higher rates of disability and chronic illness as well as mental health problems linked to stigma and discrimination, researchers find.

Ties with family members have often ruptured over their gender identity and many struggle to find and maintain well-paid jobs during their working lives, limiting their care options in old age.

A 2019 survey by FELGTB, Spain’s biggest national LGBTQ+ umbrella group, said 72% of trans people aged 55 or older have a monthly income of under 700 euros ($795) compared with an average monthly wage for the same age group of 2,306 euros.

Vanessa Fabbre, an associate professor of social work at the Brown School at Washington University in St Louis who focuses on the needs of trans seniors in her research, said many fear facing discriminatory or even abusive treatment in institutional care.

“Trans people’s fears about how they will be treated as they grow older are well-founded, unfortunately,” said Fabbre, who together with her photographer spouse, Jess T. Dugan, has documented elderly trans people’s experiences in an exhibition called “To Survive on This Shore”.

Trans elders’ stories, she said, “illuminate an elder care system that is at best ignorant of trans experiences and trans people’s bodies and at worst hostile.”

Such hostility can include being misgendered or otherwise treated in a manner incongruent with their gender identity, LGBTQ+ campaigners said, calling for laws enshrining trans people’s rights in institutional care settings.

“We have to legislate to give (LGBTQ+) people the right care,” said Asa Radix, senior director of research and education at the LGBTQ-focused Callen-Lorde Community Health Center in New York City.

A reform movement is in its infancy in the United States.

But amid a culture war over LGBTQ+ rights, such measures have met resistance.

Last year, a California appeals court struck down a provision in the state law that made it a misdemeanor for care home staff to deliberately and repeatedly misgender a resident or refuse to address them by their preferred name.

It said the article violated the constitutional right to free speech, a ruling that angered LGBTQ+ rights advocates.

“That is not free speech. That is trying to intimidate and harass frail, transgender seniors,” openly gay California State Senator Scott Wiener, the bill’s lead author, told the Thomson Reuters Foundation by phone.

At the request of the state attorney general, the California Supreme Court has granted review of the decision and Wiener said he was hopeful for a reversal.

Under President Joe Biden, the U.S. government has vowed to protect LGBTQ+ people against discrimination in healthcare .

And U.S. courts have interpreted the 2010 Affordable Care Act to protect against discrimination on the basis of gender identity in facilities receiving federal funds, including Medicaid and Medicare.

“But there’s the law on the books, and then there’s what’s happening for people in reality,” said Karen L. Loewy, senior counsel at Lambda Legal, adding that protections for LGBTQ+ seniors could be boosted by passage of the Equality Act .

The act, which passed the U.S. House in 2021 and has been identified as a priority by the Senate leadership, would enshrine anti-discrimination protections in federal law and expand requirements for long-term care facilities, Loewy said.

Dianne Karron, 65, said she never expected to find a place to live – much less a safe and welcoming place – in her old age as “an ex-felon transgender woman”.

Karron, who struggled for years with finding permanent housing, now lives in Brooklyn in one of two housing complexes meant to be welcoming to LGBTQ+ seniors that have been opened in New York City over the last two years by nonprofit SAGE.

In Britain, Tonic Housing, which works to address loneliness in older LGBTQ+ people, launched a similar housing scheme for older people within the community last September.

Like SAGE’s housing in New York, Tonic@Bankhouse is not designed specifically for trans pensioners, but Tonic Housing’s chief executive Anna Kear described it as “the only LGBTQ+ affirming retirement community in the UK”.

But as more people around the world come out as trans, campaigners say governments will have to do more to address the community’s old-age care needs.

“Our seniors created the modern LGBTQ movement … The least we can do is make sure that they’re treated with respect and dignity as they age,” said Wiener.