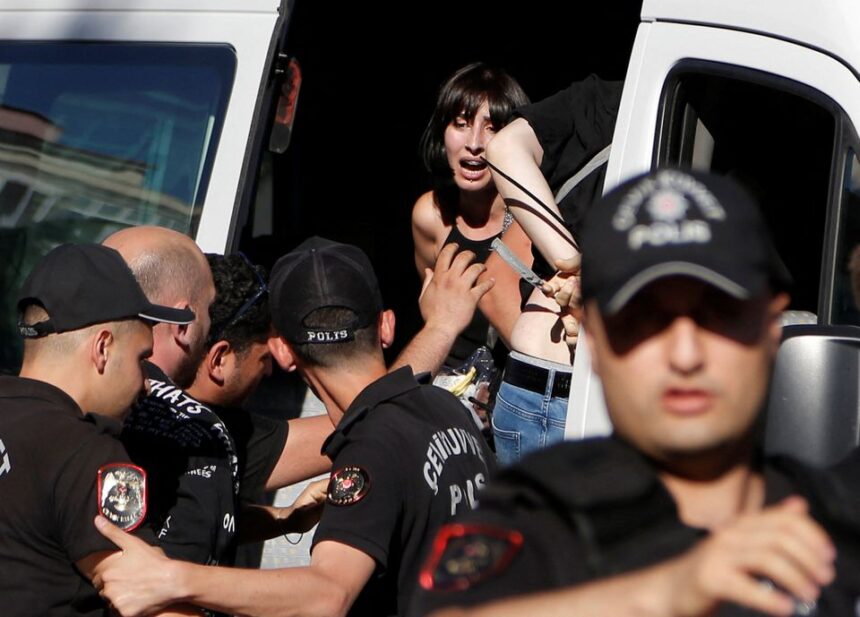 ANKARA (Reuters) – Turkish police used teargas and pepper spray to halt an LGBTQ+ Pride march in the capital Ankara on Tuesday, detaining at least 36 people after authorities banned such marches in cities across the country for security reasons.

Reuters journalists saw police pepper spraying activists and dragging them across the ground before handcuffing them and putting them in buses. UniKuir, an Ankara based group of LGBTQ+ activists, said at least 36 people were detained.

Thousands of people used to attend annual Pride marches on Istanbul’s main Istiklal Avenue, but in recent years the government led by President Tayyip Erdogan and his Islamist-rooted AK Party has toughened its stance on gay rights.

Homosexuality is not a crime in Turkey, but hostility to it is widespread and police crackdowns on Pride parades have been increasingly tougher over the years.