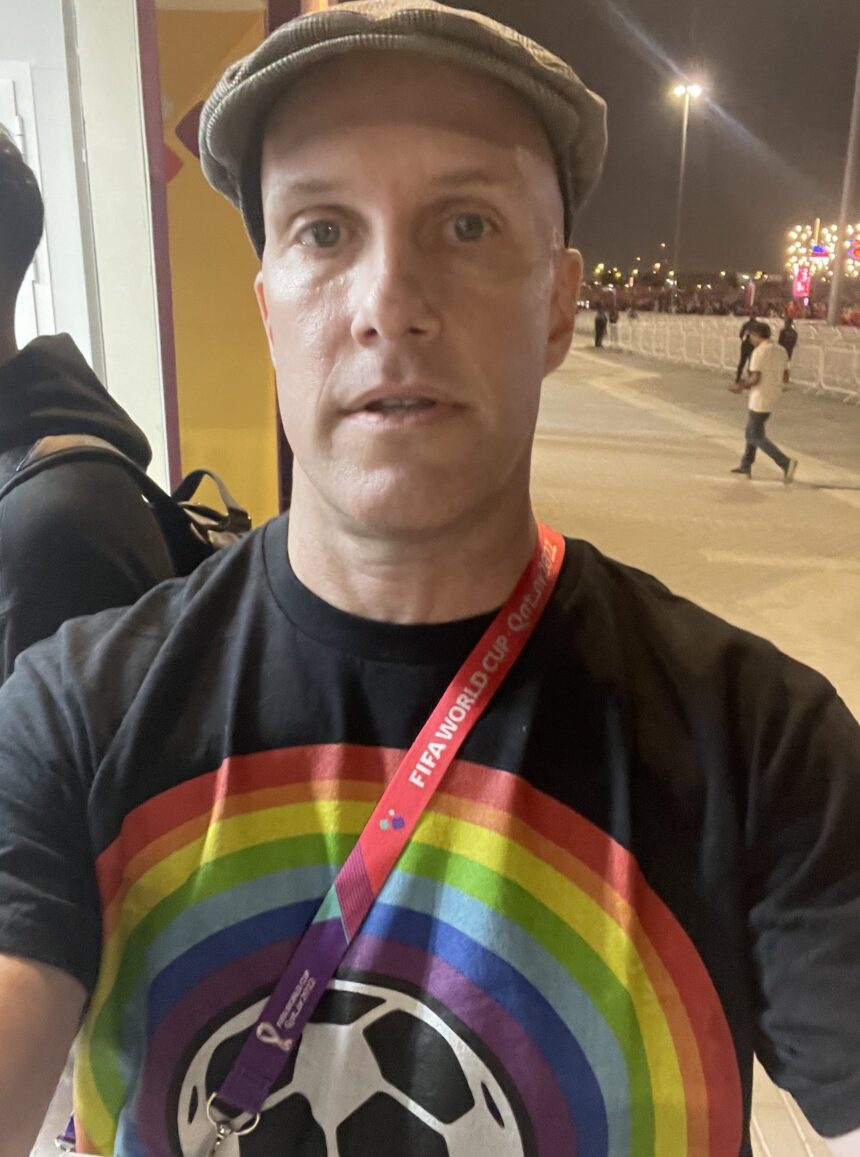 DOHA (Reuters) – A U.S. journalist said he was briefly detained on Monday when he tried to enter a World Cup stadium in Qatar while wearing a rainbow shirt in support of the LGBTQ community in a country where same-sex relations are illegal.

Grant Wahl, a former Sports Illustrated journalist who now has his own website, said World Cup security denied him entry to the United States’ opener against Wales at the Ahmad Bin Ali Stadium in Al Rayyan and asked him to take his shirt off.

He said his phone was taken away when he tweeted about the incident.

“I’m OK, but that was an unnecessary ordeal,” Wahl wrote on Twitter.

He said a security commander later approached him, apologized and allowed him into the venue. He also later received an apology from a representative of FIFA, soccer’s international governing body, he said.

Seven European World Cup countries earlier on Monday ditched plans for their respective captains to wear OneLove armbands after FIFA threatened to issue yellow cards to any player wearing the multi-coloured armband, which was introduced to support diversity and inclusion.

21 hours ago
Ukraine war brings a push for LGBTQ+ rights, but will it last? https://t.co/HWix3cyD33 #gay #gaynews #lgbt… https://t.co/FXbsI4gxb9