“The audacity of this bill to try to say that we aren’t being appropriate in front of all audiences is absurd,” said Patty Johnson, who performs drag as Lady Kakes Monroe. She has done drag shows for audiences of all ages for more than a decade.

Megan Tullock, director of programs and advocacy for NWA Equality, said homophobia is behind the bill. “Is it that we don’t want people with low-cut shorts to read books to children?” she asked. “Or is this just about keeping anybody with any kind of queerness away from kids?”

Others pointed out the legislation’s chilling effect as well. “As a member of the LGBT community and with my pronouns being they and them, it directly affects me every day,” said Deloris Wilk, executive director of Central Arkansas Pride. “I dress differently than my assigned gender. This is what I’m comfortable in. If this bill passes, I cannot perform karaoke at a local venue. I cannot perform in my church’s choir. Think about it.”

The bill’s sponsors, Sen. Gary Stubblefield and Rep. Mary Bentley, said they expect it to pass easily, as both chambers have a Republican majority. The state’s new Republican governor, former White House spokeswoman Sarah Huckabee Sanders, hasn’t commented on the measure yet, but she has leaned into culture war issues in her first week in office, including issuing executive orders banning the use of the term “Latinx” in state documents and the teaching of critical race theory in Arkansas schools. 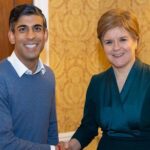 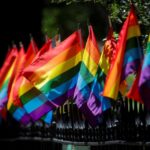