This week in LGBTQ+ news, there have been several developments that have sparked concern and outrage within the community. In Arkansas, Republicans have proposed a bill that would classify drag performances as pornographic, a move that many see as an attack on the LGBTQ+ community. Meanwhile, in the UK, PM Rishi Sunak is reportedly preparing to block a Scottish gender reform bill, a move that has alarmed LGBTQ+ groups.

Another issue that has caused alarm in the LGBTQ+ community is the UK government’s review of migrant trans recognition. Many LGBTQ+ groups are concerned that this review could lead to a rollback of rights for trans individuals and further marginalization of this already vulnerable group.

Tragically, this week also saw the death of a Black transgender woman in Washington D.C. Her death, along with the discovery of a Kenyan LGBTQ activist’s body, is a stark reminder of the ongoing violence and discrimination faced by members of the LGBTQ+ community.

These developments are a reminder that the fight for LGBTQ+ rights is ongoing and that there is still much work to be done to ensure that all members of the community are treated with dignity and respect. It is important to stay informed and take action to support LGBTQ+ rights and advocate for change. 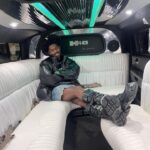