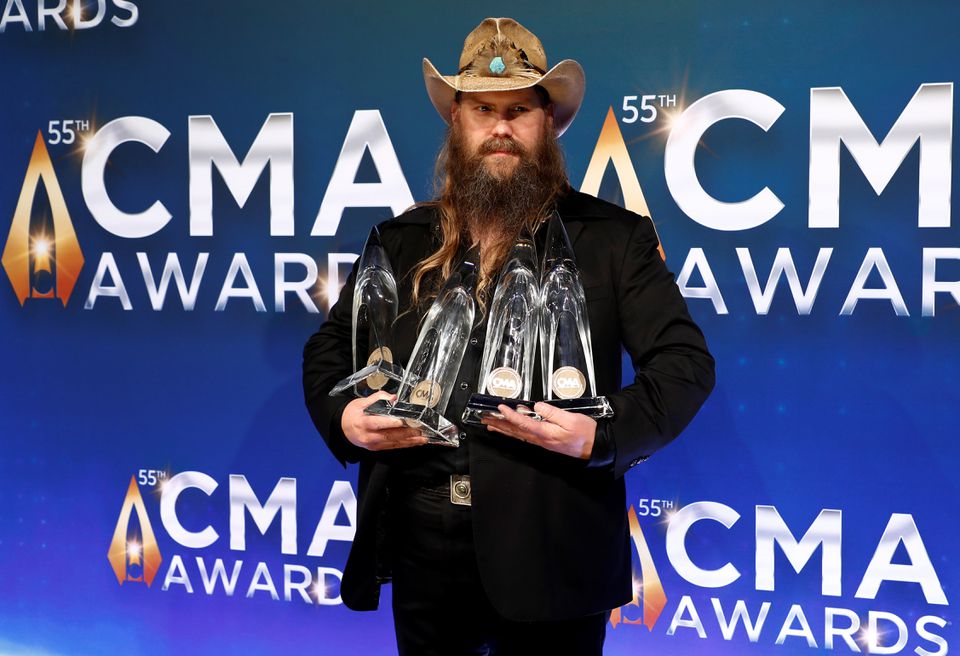 (Reuters) – Fiery performances and nods to diversity gave the 55th Annual Country Music Association Awards renewed energy as the event came back to a live audience for the first time since the COVID-19 pandemic began.

Jennifer Hudson, who portrayed Aretha Franklin in the movie “Respect”, performed a rousing tribute to the legendary vocalist to celebrate her connection to country music, while Eric Church gave a blistering performance of country-rock track “Heart on Fire”, which ended with the stage floor bracketed in rows of flames.

The evening marked a pandemic-era comeback after last year’s CMAs, when there was no traditional red carpet, only some guests were allowed inside the venue and multiple performers dropped out due to positive COVID-19 cases.

This year, the awards relished the return of spectators at Nashville’s Bridgestone Arena.

“We have fans!” cheered Luke Bryan, the ceremony’s host.

The show took on a range of issues from gender and racial equality to LGBT acceptance.

“You can’t be a dude doing all these intros yourself in 2021!” artist Elle King told Bryan as she came on to introduce Zac Brown Band. “This isn’t the 1994 CMAs.”

New Artist of the Year nominee Mickey Guyton joined Brittney Spencer and Madeline Edwards for an empowering performance of Guyton’s song, “Love My Hair”. Faith Fennidy, a Black girl sent home from her Louisiana school in 2018 because her braids were not allowed by school policy, introduced the trio.

“This next artist created this song to make sure girls like me feel seen and loved,” Fennidy said. “And that’s how you turn something very painful into something very positive.”

Singer T.J. Osborne, who with his brother John won Vocal Duo of the Year for the fourth time, spoke onstage about coming out as gay. “I always felt, truthfully felt, that it would never be possible because of my sexuality to be here,” he said.

The New Artist of the Year award went to recent “Dancing With the Stars” contestant Jimmie Allen, the Delaware native speaking through tears about the adversity he faced after moving to Nashville to make it as a singer.

“After 10 years of being here, living in my car, living in a trailer, working every job, this is amazing,” he said.