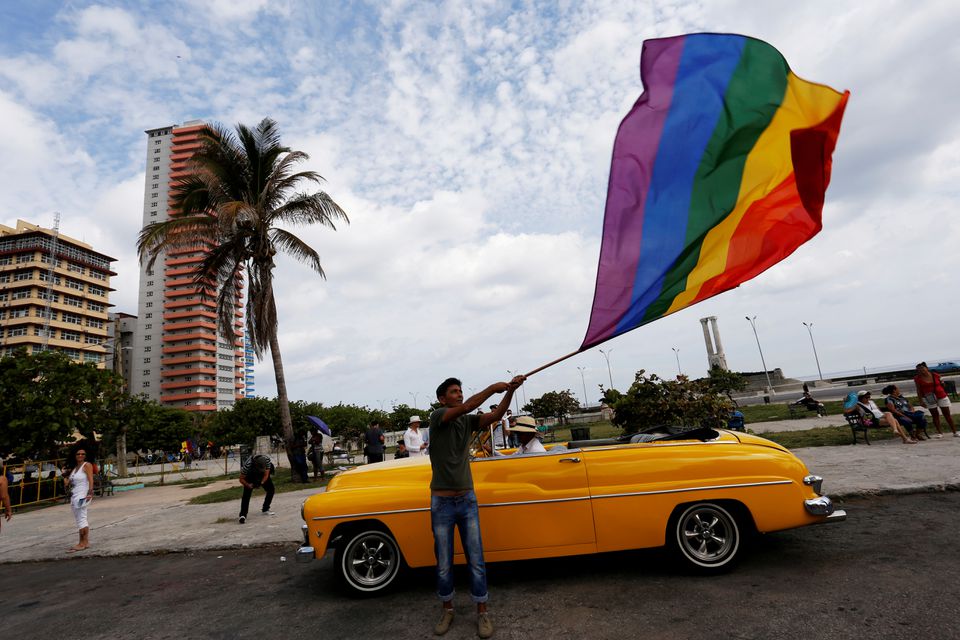 HAVANA (Reuters) – Cuba published a long-awaited draft of a new family code on Wednesday that would open the door to gay marriage if approved, in a move that LGBT rights activists applauded cautiously as they remained wary of whether it would actually be implemented.

The new code defines marriage as the “voluntary union of two people” without specifying gender, as opposed to the current definition as the “union of a man and woman.”

The draft still needs to go to a grassroots debate, however, and will then be amended to take into account citizens’ opinions before going to a referendum. Activists fear the commission charged with it could relent under pushback from religious groups and those who prefer traditional machismo culture.

They say the government should not have stipulated a referendum on what are fundamental human rights. The government says it wants to build rather than force acceptance of change.

In 2018 the government decided to withdraw an amendment to Cuba’s new constitution that would have opened the door to same-sex unions after campaigning by evangelical churches.

“The blueprint for the family code is everything one could have hoped for,” said Maykel Gonzalez Vivero, director of Tremenda Nota, a digital magazine that focuses on women, the lesbian, gay, bisexual, transgender (LGBT) community and the Black community.

“It took a long time and there was no transparency in its interminable process of nearly 15 years. But it’s there.”

Cuba, which sent gays to correctional labor camps in the early years after its 1959 leftist revolution, made considerable advances in LGBT rights in the 2000s and 2010s, despite the widespread persistence of machismo.

Many members of the LGBT community say, however, they have been frustrated by a slowdown in the pace of change in recent years while a handful of other Latin American countries have moved forward with approving gay marriage.