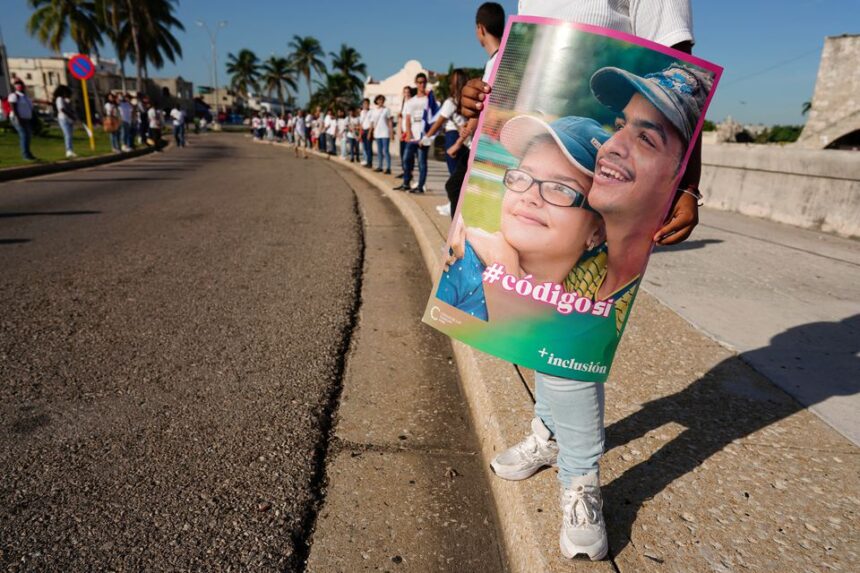 HAVANA (Reuters) – Cubans will cast ballots this Sunday on whether to approve a new ‘family code’ that would legalize gay marriage and boost women’s rights, with the government urging citizens to vote “yes” despite anger over the worst economic crisis in decades.

The Communist-run government – long the vanguard of Latin America’s left – has in the last week flooded state-run media with stories and celebratory images promoting a vote in favor of the code.

The campaign has included promotional spots on radio and TV, eye-catching roadside billboards touting diversity, rallies along Havana’s picturesque Malecon oceanfront esplanade, and tweets from President Miguel Diaz-Canel, who has called a “yes” vote a vote “in favor of democracy.”

But analysts consulted by Reuters said the vote carries additional baggage at a time when the government – saddled by U.S. sanctions and the lingering impacts of the coronavirus pandemic – is struggling to provide enough food, medicine, fuel and electricity to its people.

“The issue is that many people will vote… in protest or in loyalty to the government, much more than on content,” said Bert Hoffmann, a Latin America expert at the German Institute of Global and Area Studies.

“And that would be a shame,” he said.

There are no reliable opinion polls in Cuba, but historically referendums in the country have passed by huge majorities and with a more than 90% turnout. Sunday’s vote, however, will be the first of its kind since mobile internet was legalized in December 2018, which has allowed dissenting views to spread more widely.

It will also be the first vote since widespread protests last year offered a glimpse of growing – and unprecedented – unrest and anger with the government over economic hardship.

“It will be a vote to punish the regime,” wrote Madrid-based Cuban Yunior Garcia in a recent column for 14ymedio, the online newspaper of Yoani Sanchez, a prominent Cuban dissident.

Garcia said this was not the time to support a state-sponsored initiative. Anger at the government, he predicted, would merge with traditional, male-dominated “machista” culture and evangelical opposition to sink the code.

But Rafael Hernandez, one of Cuba’s leading political thinkers and editor of the avant garde magazine Temas, warned that mixing issues like the economy and family code was a mistake.

“If the (political opposition) supports human rights, they should support the code too,” Hernandez told Reuters in an interview in Havana. He called the code “audacious” and “a leap forward for human rights” in Cuba.

“Politicizing the code is a way of trying to further polarize the national situation… but I think most Cubans understand the code is in their interest,” he said.

The code has been discussed for months in highly-publicized grass-roots meetings in which more than 50% of the country’s 11.2 million residents participated, a dialogue the government says has assured the voice of the people has been heard.

The most vocal and organized opposition has come from Christians – Catholics, Methodists and evangelists.

Cuba’s Catholic Bishops Conference last week criticized the inclusion of gay marriage in the code, among other elements, in a missive read from pulpits across the Caribbean island nation.

“We are disappointed that these and other proposals that were strongly questioned by society remain intact in the code,” the letter stated.

But Ariel Suarez, Deputy Secretary of the Conference of Catholic Bishops, told Reuters the government’s pushing of the “yes” vote on state-run media had drowned out their voice.

“The Church hasn’t had access to those outlets,” Suarez said.

For many ordinary Cubans, though, the proposed rule change is welcome.

Betty Pairol, 33, who took part on Saturday in an event on Havana’s Malecon organized by the Union of Young Communists, said the code’s enhanced protections for women were long-deserved.

“This code will guarantee our rights,” she said. “It strikes a blow to patriarchy.”