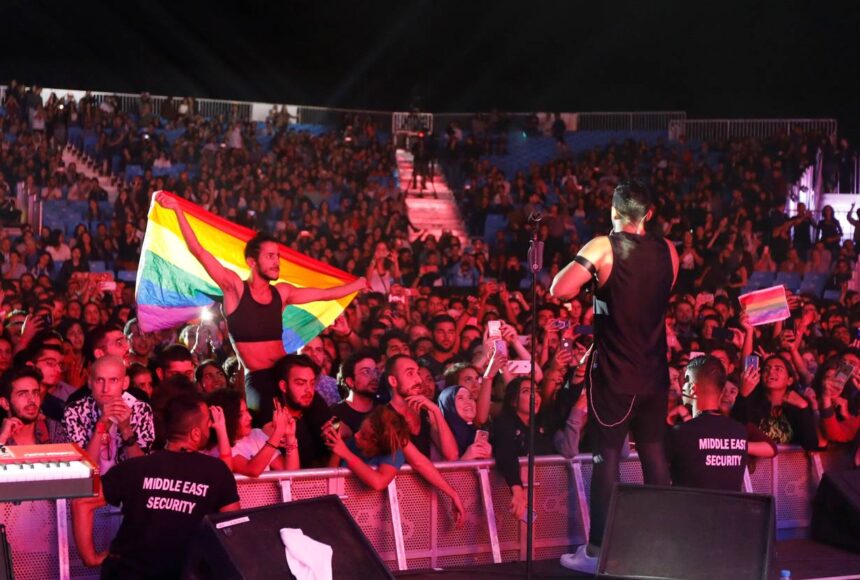 (Thomson Reuters Foundation) – Middle Eastern indie rock band Mashrou’ Leila has announced it will disband following online abuse, drawing tributes from fans and rights activists who said it will result in the loss of a rare public voice for LGBTQ+ rights in the region.

Lead singer Hamed Sinno, who is openly gay, told Lebanese podcast “Sarde After Dinner” that the group had taken the decision after persistent harassment on social media.

“It made us feel very pressured,” Sinno told the podcast.

Sinno formed the band with six others while studying at the American University of Beirut in 2008.

Mashrou’ Leila has performed around the world, with its lyrics tackling sectarianism, gender equality and homophobia, and is well known as a champion of LGBTQ+ rights.

But it faced frequent disruptions to its concerts, including an outright ban on playing in Jordan.

Most countries in the Middle East do not tolerate open celebrations of LGBTQ+ life, with many criminalising lesbian, gay, and transgender citizens.

In 2019, Lebanon’s Byblos festival cancelled a Mashrou’ Leila concert “to prevent bloodshed” after it faced accusations of blasphemy from church leaders and death threats on social media.

And in 2017, Egypt arrested dozens in a crackdown after fans raised a rainbow flag at a concert by the band in Cairo, a rare public show of support for LGBTQ+ rights.

Fans and LGBTQ+ rights groups mourned the end of the band.

“Lifelines we’ve created for ourselves, via art and otherwise, are being severed.”

“We cannot ask you to fight, but we’d like to take this opportunity to talk more about freedom and how this country is losing every ounce of it day after day,” Mhanna told the Thomson Reuters Foundation.

Band member Haig Papazian described the impact of Middle Eastern criticism and crackdowns in an article published in The Guardian newspaper earlier this year.

“Since we formed in Lebanon 10 years ago, our music appears to have created ongoing controversy as an indie rock band that has remained unwavering in support of queer rights and criticism of Lebanese society and politics,” Papazian said.