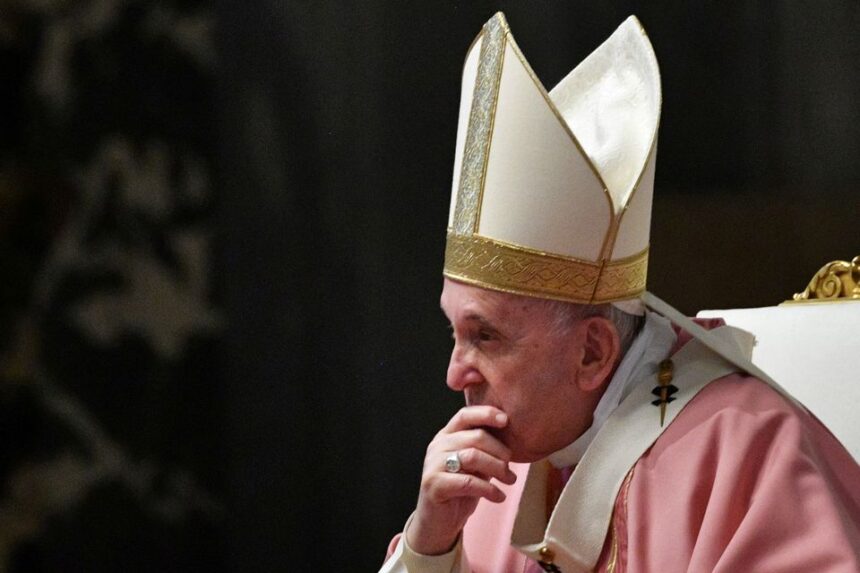 Pope Francis listens to Philippine Cardinal Luis Antonio Tagle (not pictured) during a mass to mark 500 years of Christianity in the Philippines, in St. Peter's Basilica at the Vatican, March 14, 2021. Tiziana Fabi/Pool via REUTERS/
SHARE

The document published on the website of the Belgian bishops conference suggested a ritual that included a prayer and a benediction for stable same-sex unions while stressing that it is not “what the Church understands by a sacramental marriage”.

It said the Church wanted to be “pastorally close to homosexual persons” and be a “welcoming Church that excludes no one”.

It suggested a ritual that would start with prayers and include a commitment by the two people in front of family and friends to be faithful to each other. The ritual would end with more prayer and what the document called a “benediction”.

In March 2021, in response to formal questions from a number of Roman Catholic dioceses on whether the practice of blessing same-sex unions was allowed, the Vatican’s doctrinal office, the Congregation for the Doctrine of the Faith (CDF), ruled that it was not.

At the time, the CDF said that its ruling was “not intended to be a form of unjust discrimination, but rather a reminder of the truth of the liturgical rite” of the sacrament of marriage and the blessing associated with it.