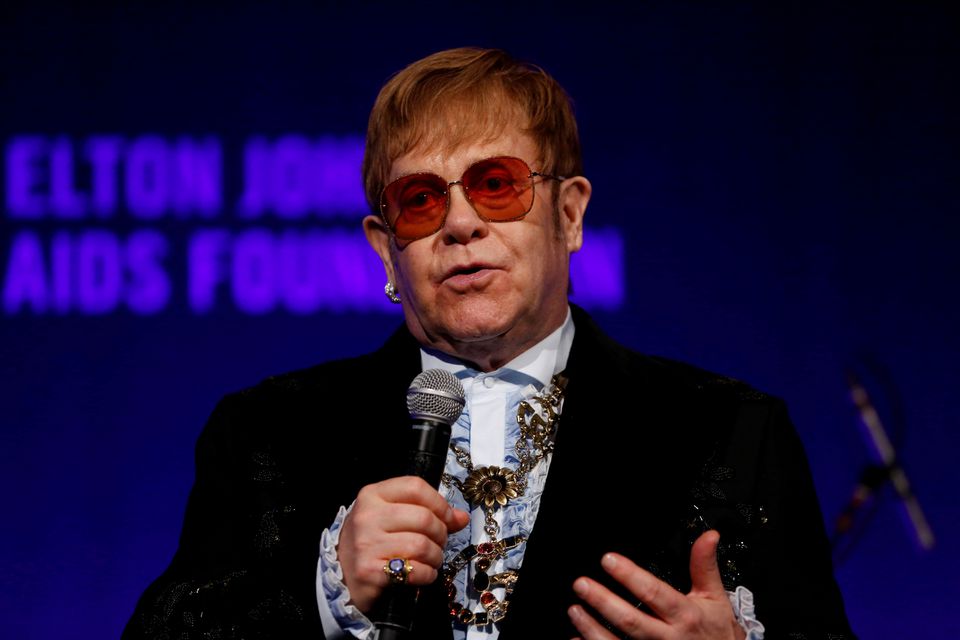 LONDON, July 29 (Reuters) – Singer Elton John has condemned American rapper DaBaby for comments he made at a concert about people living with HIV, saying such statements fuel “stigma and discrimination”.

DaBaby has drawn widespread criticism for telling the audience at a weekend gig in Miami to “put your cell phone light up” except for those who were HIV-positive, “(had) any of them deadly sexually transmitted diseases that’ll make you die in two or three weeks,” or gay men who performed sex acts in car parks.

The rapper has since apologized.

“We’ve been shocked to read about the HIV misinformation and homophobic statements made at a recent DaBaby show. This fuels stigma and discrimination and is the opposite of what our world needs to fight the AIDS epidemic,” John, who has his own AIDS charitable foundation, said on Twitter late on Wednesday.

“Homophobic and HIV mistruths have no place in our society and industry and as musicians, we must spread compassion and love for the most marginalised people in our communities. A musician’s job is to bring people together.”

John, a longtime campaigner in the fight against HIV/AIDS, also posted several factual tweets, saying those who are HIV-positive can lead long and healthy lives thanks to treatment.

Singer Dua Lipa has also criticised DaBaby, who features on her song “Levitating”, saying she was “surprised and horrified” by his comments. Label boohooMan said it would no longer work with him.

DaBaby addressed the online backlash several times this week, at first defending himself, then later saying critics had “digested (them) wrong” and apologising.

“Anybody who done ever been effected (sic) by AIDS/HIV, y’all got the right to be upset, what I said was insensitive even though I have no intentions on offending anybody. So my apologies,” he wrote on Twitter on Tuesday.