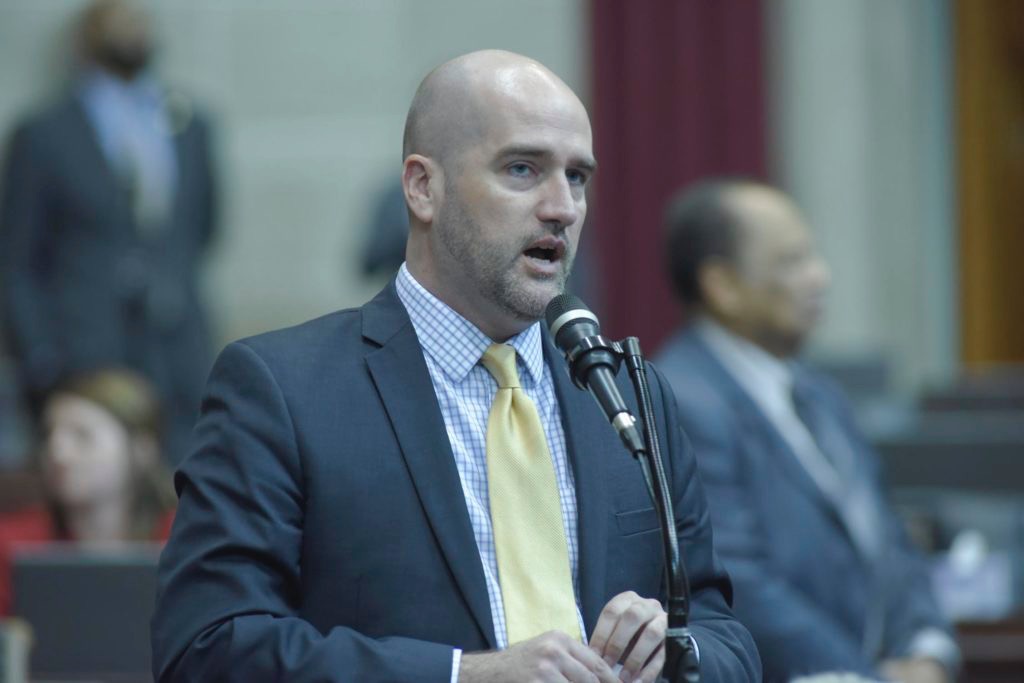 JEFFERSON CITY, Mo. (AP) — A gay Missouri lawmaker on Wednesday decried the removal of an LGBTQ history exhibit from the state Capitol.

The exhibit on the gay rights movement in Kansas City was only up for four days before it was removed from the Missouri State Museum following Republican complaints.

“Discrimination is alive and well in Missouri,” Kansas City Democratic Sen. Greg Razer, who is gay, told colleagues on the Senate floor.

The display consisted of banners, curated by Missouri-Kansas City history students, that recount the activism of the city’s LGBT community.

The removal came after some Republican lawmakers questioned the display, with one legislative aide suggesting the installation was “pushing the LGBT agenda” with “in-your-face banners.”

The exhibit was later reopened in another state building blocks from the Capitol.

“Apparently some that serve in this building think that my history is offensive and that mentioning me is offensive,” Razer said. “And I can’t help but think that they must also find me offensive.”