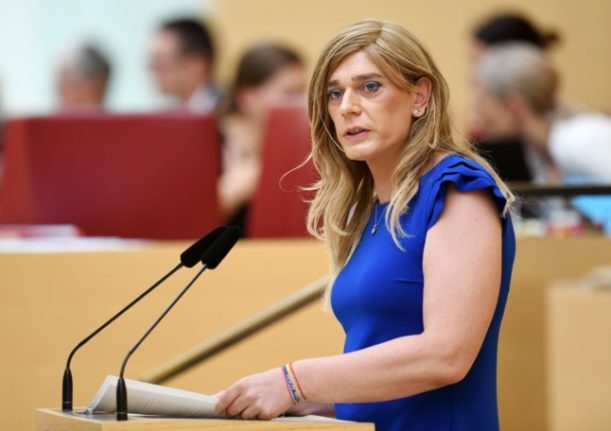 BERLIN, Sept 27 (Thomson Reuters Foundation) – The victory of Germany’s Social Democrats and the election of the country’s first openly transgender lawmakers has buoyed LGBT+ activists’ hopes for gains on trans rights after scant progress during Angela Merkel’s 16 years as chancellor.

“At a time when people still make fun of us, when some trans people still face (bullying) or lose their jobs, this is historic,” Slawik, 27, from the western city of Leverkusen, told the Thomson Reuters Foundation.

“For the first time, we’re going from victims in this society to standing on our own feet,” said Slawik, who was among four transgender women to run for parliament at the weekend.

Same-sex marriage and adoption by gay parents were legalised in 2017, and a partial ban was passed on conversion therapy, practices that aim to change a person’s sexual orientation or gender identity.

Operations on intersex babies – or those born with atypical chromosomes or sex characteristics – were outlawed this year.

But trans rights activists have been frustrated by a lack of progress on one of their key demands – to overhaul the 40-year-old Transsexuality Law, which sets out the requirements for people to change their legal gender.

Under the 1981 law, trans people have to undergo a mental health diagnosis to change their legal gender and name – a process campaigners say causes stigma and distress, calling instead for trans people to be allowed to self-identify.

In May, Germany’s parliament rejected two bills proposed by the Greens and the liberal Free Democrats (FDP) that would allow trans people to self-identify without the need for a medical certificate.

The Greens and the FDP are seen as likely candidates to form a ruling coalition with the SPD, whose leader Olaf Scholz – a strong candidate to succeed Merkel – promised on the campaign trail to introduce self-ID.

“It can cost from about 1,800 to several thousand euros in total, depending on where in Germany you are,” said Kalle Huempfner, spokesperson for the rights group Bundesverband Trans*.

Nora Eckert, 67, started to live as a woman in West Berlin in 1982, but opted for what trans Germans call the “small solution” – changing her name, but keeping her male legal gender.

Three years ago, Eckert tried to change her legal gender but gave up after being informed of the costs.

“I couldn’t believe it was true,” she said by phone from Berlin.

“I’ve lived for decades as a trans woman and now I have to go through all this theatre? Forget about it, I’ll remain a man dressed up as a woman,” she said.

Addressing his party’s failure to support the opposition-led self-ID bill in May, Scholz said recently that pressure from the SPD’s conservative coalition partners had stopped them from breaking ranks on the issue.

“We tried to reach an understanding about this topic with our coalition partner (the CDU/CSU). But it wasn’t possible,” he said during a televised interview on a state broadcaster earlier this month.

The fact that both the Greens and the FDP – who emerged as kingmakers in Sunday’s election – back self-ID boosts the chances that legislative change will be on the agenda for the next parliament.

“We are optimistic regarding a new self-ID law in Germany,” said Huempfner.

Ganserer, the other trans woman who was elected, said another key demand will be seeking an official apology and compensation for trans people who were forced to either get sterilised or undergo gender reassignment surgery.

An estimated 100,000 were sterilised before the process was outlawed by the country’s constitutional court in 2011.

“For me, it’s not about the money, it’s that the German parliament, in representing our society, officially acknowledges that it was unjust,” Ganserer said.