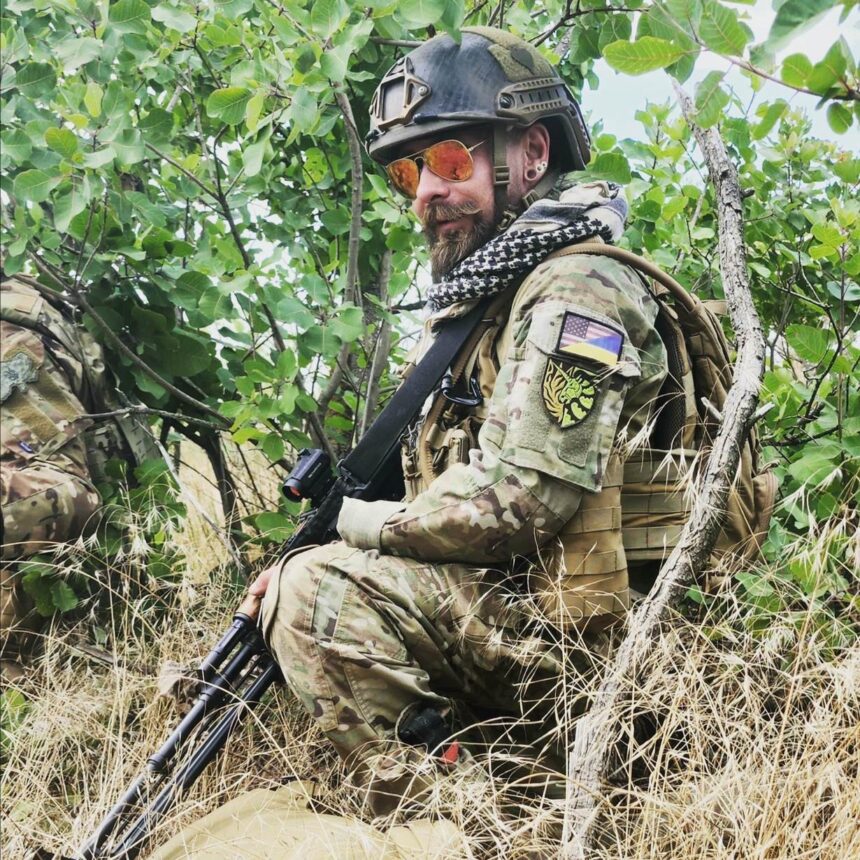 (Thomson Reuters Foundation) – Explosions boom down the telephone line as former U.S. Marine Eddy Etue explains why he gave up a quiet life on the Californian coast to volunteer in the Ukrainian military as it battles Russia’s invasion.

He has faced live fire and a near-miss missile strike on his base – but one thing that has not been a worry is the fact that he is gay, says Etue, who proudly wears the unicorn badge of LGBTQ+ troops in Ukraine.

“Being able to wear this unicorn insignia without issues, particularly in a country in Eastern Europe – it feels amazing,” said the 37-year-old, who is fighting alongside Ukrainian army reservists east of the Black Sea port of Odesa.

“There’s this sense of fulfillment when you come into a situation like this to help people fight for their very existence and they … welcome you with open arms.”

LGBTQ+ fighters have been visible in the Ukrainian military during the invasion, with many signing up to fight and wearing the unicorn logo on their uniforms to identify themselves.

Some activists think their involvement in the defence force has bolstered public support for gay and transgender rights in the largely socially conservative nation.

Etue is among an influx of foreign fighters – including LGBTQ+ people – who have also volunteered to defend Ukraine from Russia’s invasion, which Moscow describes as a “special operation” to demilitarise its neighbour.

In March, President Volodymyr Zelenskiy said more than 16,000 people had signed up to join Ukraine’s “international” legion, though he did not say how many had arrived and the figures could not be independently verified.

Etue, who has previously served in Iraq, said his sexuality had not been an issue for the soldiers he is fighting alongside.

“(Ukrainians) have been accepting, or ambivalent but supportive – which is how it should be,” he said.

He contrasted his experience with “how scared” he felt when he initially came out in the Marine Corps.

“The only issues I may have had, and they were subtle, were from Westerners maybe being a bit uneasy,” he said of his experiences in Ukraine.

Prior to the war, conservative elements in Ukraine – a mainly Orthodox Christian nation – often spoke out against rights for LGBTQ+ people, while members of the far right regularly targeted groups and events linked to the community.

Activists from Kyiv Pride, an LGBTQ+ rights group based in the capital, have previously voiced concerns over the presence of homophobic groups and individuals in the army.

Dallas Casey, a gay man from Tennessee, said he had served alongside people from far-right groups in Ukraine, but had not faced any hostility.

“They were very open about their beliefs. I was very open about who I was. And we just worked together,” the 28-year-old said in a video call from Salt Lake City, where he went back temporarily to support his husband after a family bereavement.

Casey formed an independent unit with other foreign volunteers after serving in the International Legion and another foreign-led battalion.

The former U.S. army medic has helped to rescue wounded soldiers, as well as training other volunteers and evacuating civilians from dangerous areas.

Both Etue and Casey said wanting to promote LGBTQ+ rights had not been a primary motivation for their decision to join the war effort.

But Etue thinks most Ukrainians support a push for greater rights for sexual and gender minorities.

“People need to know that Ukraine right now is not only the shield for all of the rest of Europe, but the world,” he said.

“They’re standing up for a lot here – and you know, even the ones that aren’t part of the LGBTQ community; they still stand up for us. I can say that confidently.” 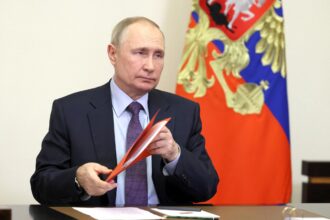