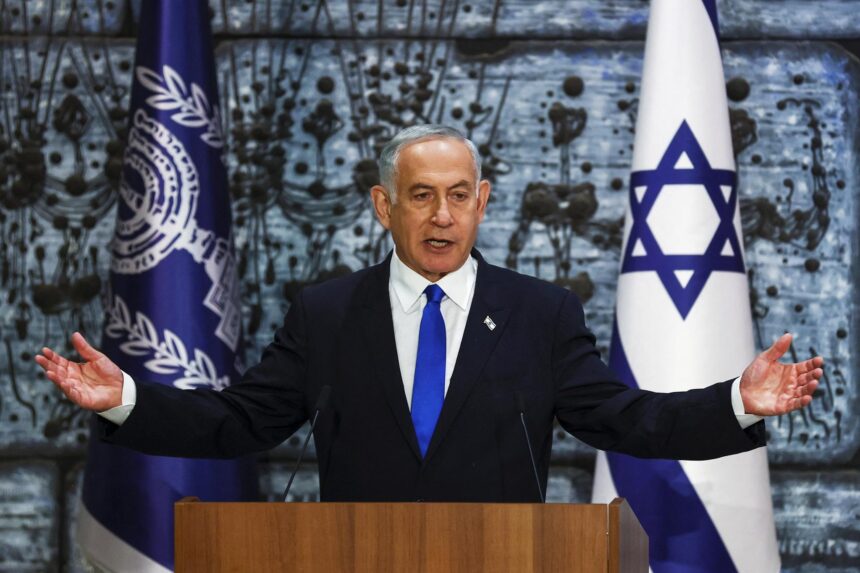 Benjamin Netanyahu speaks during a ceremony where Israel President Isaac Herzog hands him the mandate to form a new government following the victory of the former premier's right-wing alliance in this month's election at the President's residency in Jerusalem November 13, 2022. REUTERS/ Ronen Zvulun/Files

Already facing criticism on policy before taking office, Netanyahu has vowed to govern for all Israelis even as he will head one of the most right-wing governments in the country’s history with key ministries in the hands of hardliners.

Despite a clear election win in November for his right-wing and religious bloc of parties, it has taken Netanyahu almost two months to reach deals with his allies, who have demanded a significant share of power in return for their support.

Tuesday’s amendments to Israel’s government law will ultimately enable the pro-settler Religious Zionism party to take up a post of second minister within the defence ministry, granting it broad authority over expansion of Jewish settlements in the occupied West Bank – land Palestinians seek for a state.

A second amendment will allow Aryeh Deri, leader of the ultra-Orthodox Shas party, to serve as a minister despite a conviction for tax fraud.

Deri is expected to serve as finance minister in two years, in a rotation deal with Religious Zionism leader Bezalel Smotrich.

But soon after the legislation was passed, Israel’s Supreme Court said it would hear an appeal against Deri’s appointment by a group of scientists, academics and former diplomats called “Democracy’s Bastion.”

Netanyahu is expected to swear in his new government on Dec. 29 after advancing legislation to grant new powers over the police to Itamar Ben-Gvir, head of the ultra-nationalist Jewish Power party, as a national security minister.

The legislation, along with pledges to curb Supreme Court powers, anti-gay statements from coalition members and calls to allow a business to refuse services to people based on religious grounds, have alarmed liberal Israelis as well as Western allies, while drawing criticism from rights groups, businesses and serving officials.

In response, Netanyahu has repeatedly said that he will safeguard civil rights and will not allow any harm to the country’s Arab minority or to the LGBTQ community. 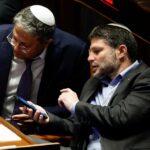