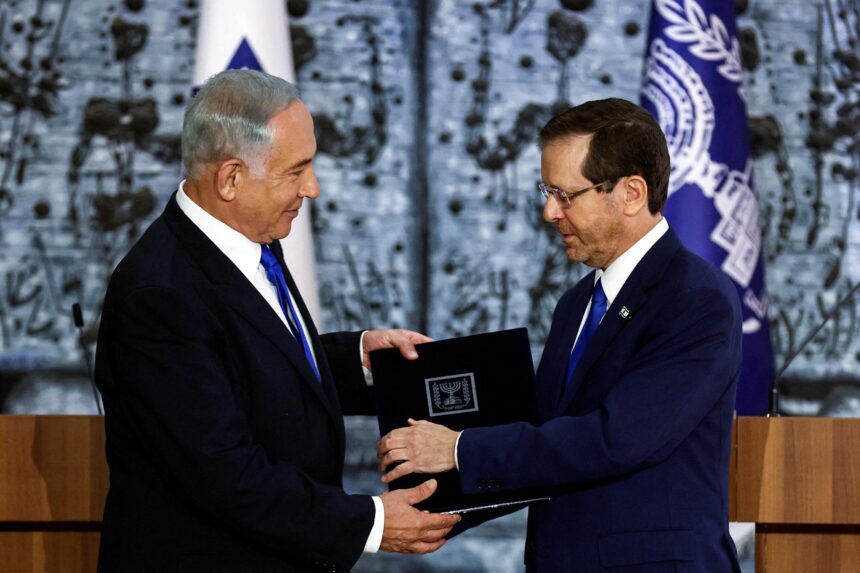 JERUSALEM (Reuters) – Israel’s president voiced concern for the well-being of all members of the public regardless of their identity or values on Sunday after far-right members of the incoming government called for revisions to anti-discrimination laws.

Prime Minister-designate Benjamin Netanyahu, who is preparing to present his religious-nationalist coalition this week, has vowed to preserve principles of tolerance.

But his political rivals have accused the veteran conservative leader of being vulnerable to his far-right allies’ policy demands.

“A situation whereby citizens of Israel fear threats against them based on their identity or values runs counter to the basic democratic and ethic principles of Israel,” President Isaac Herzog, whose role is largely symbolic, wrote on Twitter.

Netanyahu said twice on Sunday that his government would safeguard equal rights, however.

“We will not allow discrimination against members of the LGBTQ community or harm to the rights of any other citizens of Israel,” he said in one statement.

Earlier on Sunday, an incoming member of Israel’s government from the right-wing Religious Zionism party told public radio that hotels should be allowed to refuse services to people based on religious grounds as well as doctors, as long as others are available.

The inclusion of hardliners Itamar Ben-Gvir of the ultranationalist Jewish Power party and Bezalel Smotrich from the far-right Religious Zionism party in the coalition has dismayed Palestinians and liberal Israelis.

Separately on Sunday, Netanyahu voiced support for amending a law that prevents individuals who support terror or racism from running to be members of the Israeli parliament, saying he intends to replace that section while ensuring equal rights for Israeli citizens. UK’s Sunak: Concerns about Scotland’s gender reforms should be examined
Next Article 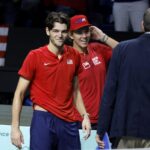