The future of Israel’s participation in the Eurovision Song Contest is in jeopardy due to the country’s government considering the shutdown of its public broadcaster, KAN, and specifically its news department. If this were to happen, KAN would no longer meet its obligations as a public service media organization, which could potentially jeopardize its membership in the European Broadcasting Union (EBU) and its ability to take part in events such as Eurovision.

EBU Director General Noel Curran has expressed concern over the potential threats to the independence and integrity of KAN in a letter to Israeli Prime Minister Benjamin Netanyahu, stating: “Independent news and information are an integral component of public service media organizations and play a crucial role in promoting media pluralism in well-functioning democracies…we trust that the new government will also safeguard the independence of KAN and enable it to continue fulfilling its mission in a democratic society.” Curran went on to say that these developments risk undermining KAN’s ability to fulfill its commitments as a member of the EBU.

These concerns have been exacerbated by recent comments from Israeli Communications Minister Shlomo Karhi, who has challenged the freedom of the press and threatened to shut down KAN’s news operation. Karhi stated in a radio interview: “The public shouldn’t fund one particular channel, there should not be public broadcasting.”

Since its inception in 2017, KAN has provided a diverse range of news, entertainment, cultural, and educational content through its television, radio, and online offerings. Its membership in the EBU has also allowed the broadcaster to secure top-tier sports rights, including the 2022 World Cup, and live entertainment events such as the Eurovision Song Contest, which was held by KAN in 2019 after Israel’s win in 2018.

It’s worth noting that Israel had already confirmed its participation in Eurovision 2023 back in March 2022 and had internally selected Noa Kirel as its representative. However, it remains to be seen whether the young singer will be able to take the stage in Liverpool as planned. 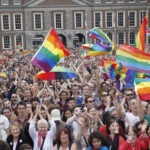 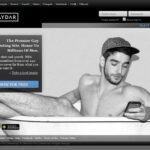