(Reuters) – The Texas Attorney General’s office requested data on the number of Texans who in recent years had switched their gender on drivers licenses and other state documents, the Washington Post reported on Wednesday.

The Post report was based on a public records request on the internal communications within the Department of Public Safety (DPS) related to the Attorney General’s office request. The DPS is the agency that issues drivers licenses and other state documents.

The motive behind the request, which was made in June and sought the data of those who switched genders for the previous two years, is unknown, according to the report.

The paper reported that advocates for transgender Texans are worried the attorney general could use the data to further restrict their right to transition, and that it would have a chilling effort to secretly harness personal information to persecute already vulnerable people.

It came at a time when leaders in the Republican-led state have focused on transgender issues, including investigating families of transgender youth for child abuse and passing a bill to ban transgender kids from playing sports that don’t align with their gender at birth.

The Attorney General’s office did not respond to a Reuters request for comment, nor did the DPS.

A spokesperson for DPS told the Post that an initial search found 16,000 instances of genders being switched on drivers licenses and other documents. DPS determined that a more thorough, manual search of records was needed to get an accurate figure on gender switches on documents and why such switches were made. 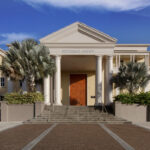 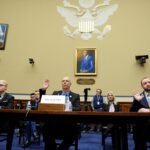