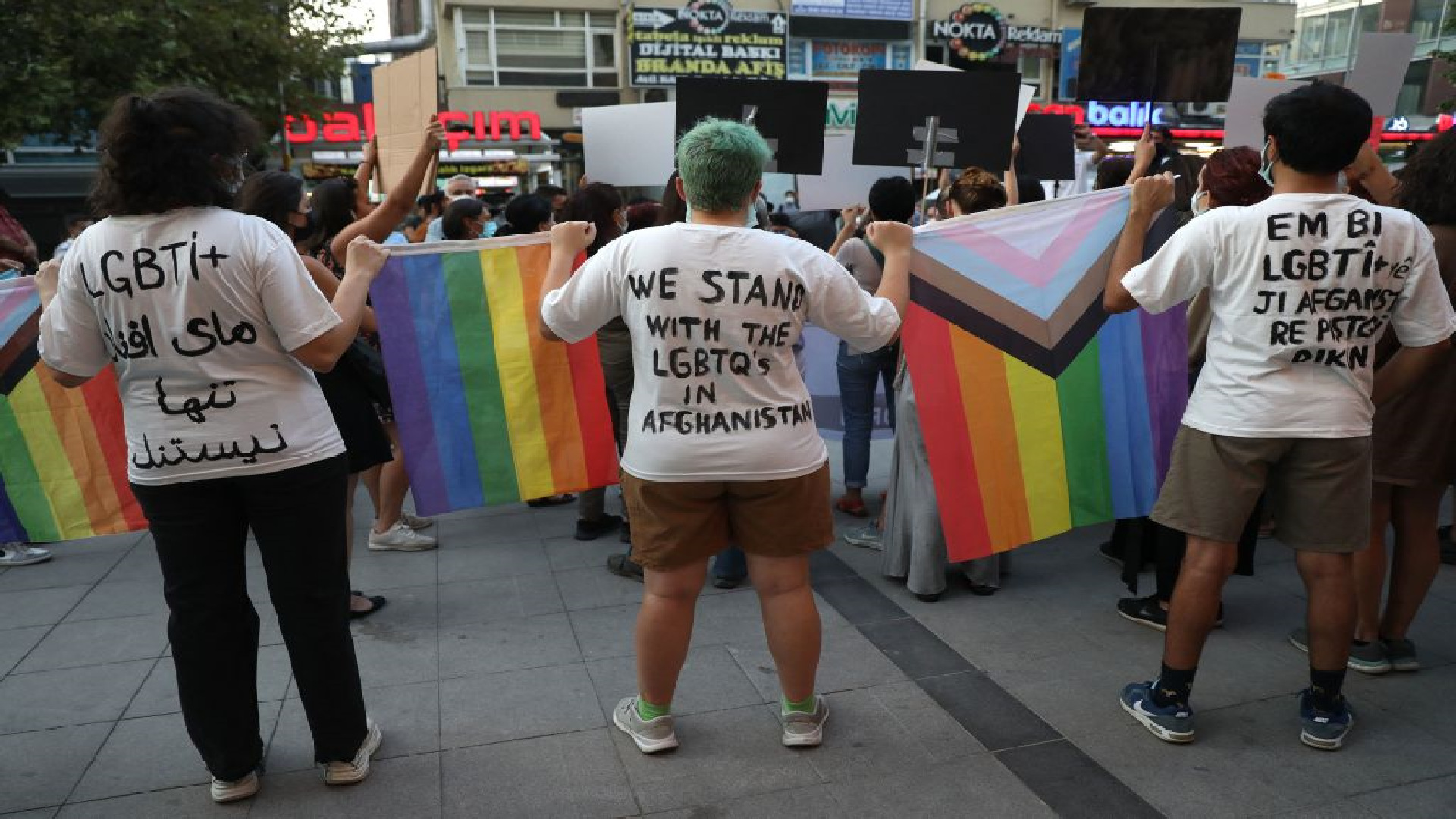 LGBT+ Afghans said on Friday they felt abandoned by the international community as the closure of Kabul airport to passengers this week shattered their hopes of fleeing Taliban rule.

Many LGBT+ people have gone into hiding since the Islamist militia seized power last month, fearing a return to the group’s harsh 1996-2001 rule when it enforced a radical form of sharia, or Islamic law.

“(Foreign governments) should have helped us to get out of here,” one gay student said by phone from Kabul, after trying unsuccessfully to board one of the last evacuation flights out of the country last week.

“Things are becoming more hopeless every day (and) now we have been abandoned,” the student, whose name and age have been withheld to protect his identity, told the Thomson Reuters Foundation.

He said guards at Hamid Karzai International Airport, which has been out of action this week, turned him back despite having the correct documentation.

The Taliban, which was preparing to announce a new government on Friday, has tried to present a more moderate face since returning to power, promising to protect human rights and refrain from reprisals against old enemies.

But some LGBT+ people said they feared for their lives, citing reports of gay men being stoned to death during the Taliban’s last rule.

“My life is in danger,” a gay teacher said by phone from Kabul.

He also tried unsuccessfully to leave in the U.S.-led airlift that evacuated more than 123,000 people from Kabul since the Taliban takeover, but left tens of thousands of vulnerable Afghans behind.

“It could be really dangerous for me and my family as well, because if they find out about my sexual orientation, they’re going to take us into the desert … and kill us by throwing rocks at us or shooting us in the head,” the teacher said.

A Taliban spokesman did not immediately respond to a request for comment.

“Many lived an underground life out of fear of violence,” she said. “These fears are now magnified with the Taliban in power, given the group’s generally brutal response to those seen as violating religious codes.”

A British television station said last week a gay Afghan man had been lured out of hiding by Taliban militants, before being beaten and raped by two men.

In July, a Taliban judge told German news magazine Bild the only two appropriate punishments for gay men were “stoning, or he must stand behind a wall that will fall down on him”.

U.S. novelist Nemat Sadat, a gay Afghan-American who left his homeland as an infant, then taught at the American University of Afghanistan from 2012 to 2013, spent several weeks trying to help LGBT+ Afghans flee the country.

He helped to hire five buses to take about 175 LGBT+ people to the airport last week, but they were unable to pass through the perimeter gates and eventually were sent home due to bomb attack warnings.

With a list of more than 360 LGBT+ Afghans desperate to leave, Sadat said the international community should do more.

“They don’t care about getting queer people out, they don’t,” he said. “Because if they really cared, then the words would have been backed by actions.”

Some LGBT+ couples have been separated in the chaotic rush to leave Afghanistan.

The teacher from Kabul said his boyfriend had managed to flee on an evacuation flight and was now in a refugee camp in Qatar. He fears they may never be reunited.

“I’ve lost … the only person I’ve loved,” he said. “It’s all heartbreaking. Life has become meaningless to me.”