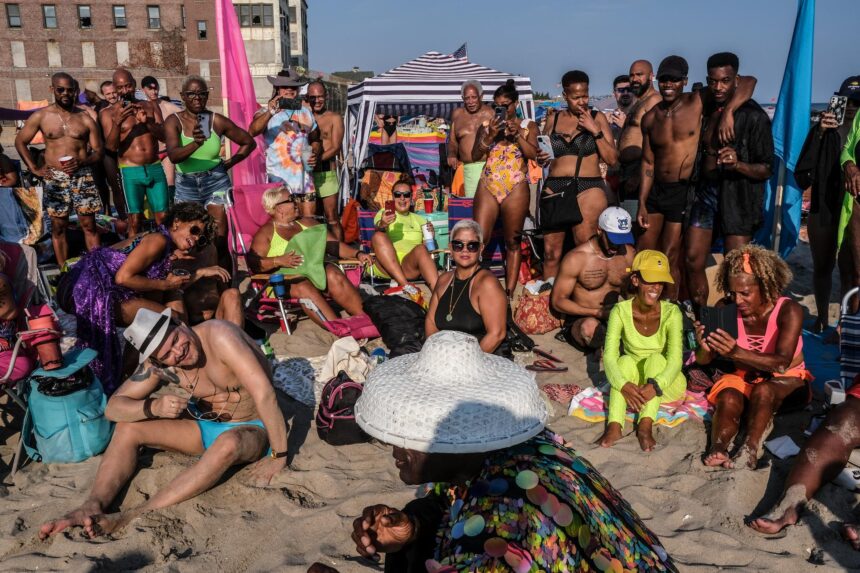 NEW YORK – LGBTQ beachgoers are wrestling with New York City’s plan to tear down a long-abandoned tuberculosis hospital that has served as a landmark for the community.

Graffiti on the outer walls declare “QUEER TRANS POWER” and “KNOW YOUR POWER.” Air conditioning units rust in the shattered windows of Neponsit Beach Hospital, once also a nursing home, but empty since 1998. A shrine on the chain-link fence memorializes a queer icon found dead off the waters nearby.

The city wants to create a park on the site, wiping out the decrepit structure facing a clothing-optional beach in the borough of Queens.

The LGBTQ community has long embraced that section of Jacob Riis Park, sunbathing nude and holding gatherings such as memorials for Ms. Colombia, also known as Oswaldo Gomez, who is believed to have drowned nearby in 2018.

Novels by LGBTQ authors including Audre Lorde and Joan Nestle helped to turn the area into a fabled haven.

“We would like to be assured that we will continue to have this space, which has always been our space, where people from the queer community always end up,” said Victoria Cruz, 76, who has been coming to the beach since the 1960s.

“This is the people’s beach. And we are the people,” said Cruz, nicknamed the “Queen of Riis.”

But what makes that beach section more isolated and exclusive for the LGBTQ community, is deemed an ugly health hazard by area residents.

“The community is concerned about the remediation of vermin and asbestos and whatever else is in there,” said Jenna Tipaldo, a 25-year-old PhD student who lives nearby.

The New York City Health and Hospitals Corporation, which owns the site, has met with neighbors and LGBTQ community members to discuss their concerns.

“We will continue to engage these communities to learn how we can accommodate their concerns while ensuring public safety,” Stephanie Buhle, deputy press secretary for the agency, said in an email.

The public hospitals agency has not announced specific plans for the site, and Buhle has not responded to requests for more details.

But Joann Ariola, the city councilwoman whose district includes the building, said in an email this week that a park has been proposed, and surveys and other demolition preparations are underway.

The public hospitals agency has not said when major demolition will begin, but told Reuters by email this week it aims for completion before the 2023 beach season.

Casey Morrissey, a Brooklyn-based bookseller, said they do not mind the demolition as long as the beach is not lost to the LGBTQ community.

“It has been a sanctuary for us. We just come here without planning and always find friends,” Morrissey said during a visit with their partner. “We don’t have many spaces like these.”