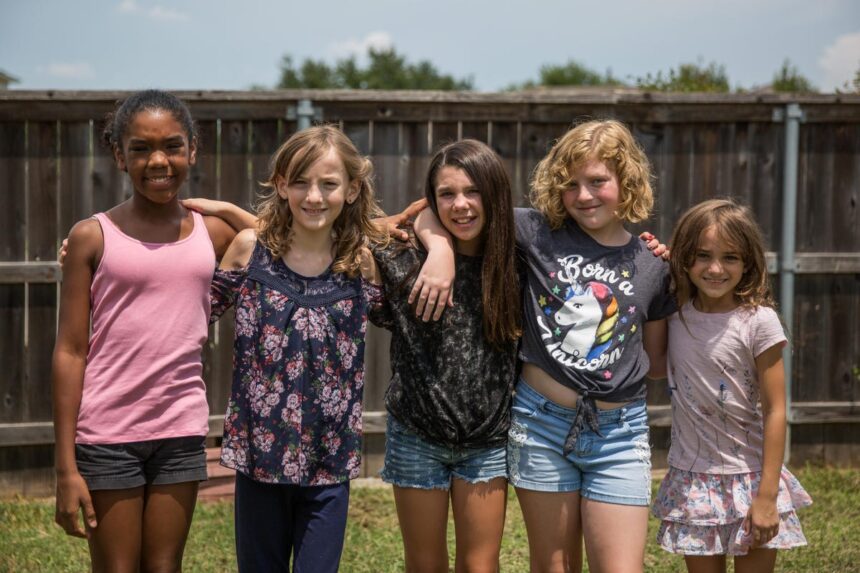 Oct 6 (Reuters) – Thousands of children in the United States now openly identify as a gender different from the one they were assigned at birth, their numbers surging amid growing recognition of transgender identity and rights even as they face persistent prejudice and discrimination.

As the number of transgender children has grown, so has their access to gender-affirming care, much of it provided at scores of clinics at major hospitals.

Reliable counts of adolescents receiving gender-affirming treatment have long been guesswork – until now. Reuters worked with health technology company Komodo Health Inc to identify how many youths have sought and received care. The data show that more and more families across the country are grappling with profound questions about what type of care to pursue for their children, placing them at the center of a vitriolic national political debate over what it means to protect youth who identify as transgender.

In 2021, about 42,000 children and teens across the United States received a diagnosis of gender dysphoria, nearly triple the number in 2017, according to data Komodo compiled for Reuters. Gender dysphoria is defined as the distress caused by a discrepancy between a person’s gender identity and the one assigned to them at birth.

Overall, the analysis found that at least 121,882 children ages 6 to 17 were diagnosed with gender dysphoria from 2017 through 2021. Reuters found similar trends when it requested state-level data on diagnoses among children covered by Medicaid, the public insurance program for lower-income families.

Gender-affirming care for youths takes several forms, from social recognition of a preferred name and pronouns to medical interventions such as hormone therapy and, sometimes, surgery. A small but increasing number of U.S. children diagnosed with gender dysphoria are choosing medical interventions to express their identity and help alleviate their distress.

These medical treatments don’t begin until the onset of puberty, typically around age 10 or 11.

For children at this age and stage of development, puberty-blocking medications are an option. These drugs, known as GnRH agonists, suppress the release of the sex hormones testosterone and estrogen. The U.S. Food and Drug Administration has approved the drugs to treat prostate cancer, endometriosis and central precocious puberty, but not gender dysphoria. Their off-label use in gender-affirming care, while legal, lacks the support of clinical trials to establish their safety for such treatment.

Over the last five years, there were at least 4,780 adolescents who started on puberty blockers and had a prior gender dysphoria diagnosis.

This tally and others in the Komodo analysis are likely an undercount because they didn’t include treatment that wasn’t covered by insurance and were limited to pediatric patients with a gender dysphoria diagnosis. Practitioners may not log this diagnosis when prescribing treatment.

By suppressing sex hormones, puberty-blocking medications stop the onset of secondary sex characteristics, such as breast development and menstruation in adolescents assigned female at birth. For those assigned male at birth, the drugs inhibit development of a deeper voice and an Adam’s apple and growth of facial and body hair. They also limit growth of genitalia.

Without puberty blockers, such physical changes can cause severe distress in many transgender children. If an adolescent stops the medication, puberty resumes.

The medications are administered as injections, typically every few months, or through an implant under the skin of the upper arm.

After suppressing puberty, a child may pursue hormone treatments to initiate a puberty that aligns with their gender identity. Those for whom the opportunity to block puberty has already passed or who declined the option may also pursue hormone therapy.

At least 14,726 minors started hormone treatment with a prior gender dysphoria diagnosis from 2017 through 2021, according to the Komodo analysis.

Hormones – testosterone for adolescents assigned female at birth and estrogen for those assigned male – promote development of secondary sex characteristics. Adolescents assigned female at birth who take testosterone may notice that fat is redistributed from the hips and thighs to the abdomen. Arms and legs may appear more muscular. The brow and jawline may become more pronounced. Body hair may coarsen and thicken. Teens assigned male at birth who take estrogen may notice the hair on their body softens and thins. Fat may be redistributed from the abdomen to the buttocks and thighs. Their testicles may shrink and sex drive diminish. Some changes from hormone treatment are permanent.

Hormones are taken in a variety of ways: injections, pills, patches and gels. Some minors will continue to take hormones for many years well into adulthood, or they may stop if they achieve the physical traits they want.

Hormone treatment may leave an adolescent infertile, especially if the child also took puberty blockers at an early age. That and other potential side effects are not well-studied, experts say.

The ultimate step in gender-affirming medical treatment is surgery, which is uncommon in patients under age 18. Some children’s hospitals and gender clinics don’t offer surgery to minors, requiring that they be adults before deciding on procedures that are irreversible and carry a heightened risk of complications.

The Komodo analysis of insurance claims found 56 genital surgeries among patients ages 13 to 17 with a prior gender dysphoria diagnosis from 2019 to 2021. Among teens, “top surgery” to remove breasts is more common. In the three years ending in 2021, at least 776 mastectomies were performed in the United States on patients ages 13 to 17 with a gender dysphoria diagnosis, according to Komodo’s data analysis of insurance claims. This tally does not include procedures that were paid for out of pocket.

A NOTE ON THE DATA

Komodo’s analysis draws on full or partial health insurance claims for about 330 million U.S. patients over the five years from 2017 to 2021, including patients covered by private health plans and public insurance like Medicaid. The data include roughly 40 million patients annually, ages 6 through 17, and comprise health insurance claims that document diagnoses and procedures administered by U.S. clinicians and facilities.

To determine the number of new patients who initiated puberty blockers or hormones, or who received an initial dysphoria diagnosis, Komodo looked back at least one year prior in each patient’s record. For the surgery data, Komodo counted multiple procedures on a single day as one procedure.