Miley Cyrus has returned to the music scene with a bang, releasing her latest single “Flowers” and an accompanying music video that has taken the internet by storm. The bass-heavy, danceable song is a powerful anthem for empowerment and strength, and is already being hailed as a feminist anthem for anyone who has come out of a relationship and is ready for something better.

Cyrus has always been a fierce and unapologetic artist, but “Flowers” takes it to a whole new level. The song is already a huge hit, amassing 7.7 million streams on Spotify on its first day, making it the highest streaming debut in Cyrus’ career. It is currently battling with Taylor Swift’s “Anti-Hero” and SZA’s “Kill Bill” for the number one spot on the Billboard chart.

The music video also marks Cyrus’ return as one of the top figures in sapphic royalty. Dancing around a beautiful Los Angeles home all by herself, Cyrus reminds us that she has been there all along, and is here, hot, happy and available.

Influencer, dancer, and actor JoJo Siwa’s response to the music video is a testament to Cyrus’ status as a sapphic icon. Siwa posted a video on her Instagram showing her trying to do everyday tasks while being too distracted by Cyrus working out in lingerie to focus on what she is doing.

While Cyrus hasn’t confirmed it, most fans and critics think the song is about her relationship with actor Liam Hemsworth, whom she married in 2018 and later divorced. The song and video were released on his birthday, and the lyrics contain a supposed nod to the relationship.

Miley Cyrus’ “Flowers” is a powerful anthem for empowerment and strength and a welcome return to the music scene. With her new album “Endless Summer Vacation” set to release on March 10, we can expect even more great songs from her this year. 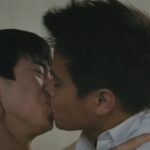 Navigating Queer and Biracial Identities: A Coming-of-Age Story in “Angry Son”
Next Article 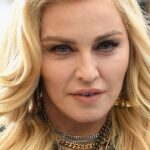