Drag has a long and storied history that stretches back centuries and spans across cultures and continents. From the cross-dressing performers of ancient Greek theater, to the 18th-century British pantomime dames, to the modern-day drag queens and kings who take center stage in LGBTQ+ clubs and bars around the world, the art of drag has played a vital role in the LGBTQ+ community.

One of the earliest known references to drag can be found in the works of the ancient Greek playwright Aristophanes, who wrote about cross-dressing actors in his plays. In the 18th century, British pantomime dames became popular figures, with men dressed in women’s clothing performing in elaborate stage productions.

It wasn’t until the 20th century, however, that drag culture truly began to flourish. In the United States, the Stonewall riots of 1969 marked a turning point for the LGBTQ+ community and sparked a new era of activism and visibility. As part of this movement, drag performers began to claim their space in mainstream culture, using their art form as a means of resistance and self-expression.

One of the most influential figures in the history of drag is the legendary drag queen, Divine. Born Harris Glenn Milstead in 1945, Divine became a pioneer in the world of drag, pushing the boundaries of what was considered acceptable and paving the way for future generations of drag performers. Divine was a fixture of the underground club scene in New York and eventually gained mainstream success with roles in films like “Pink Flamingos” and “Hairspray.”

Another trailblazer in the world of drag is RuPaul Charles, who rose to fame in the 1990s with his hit single “Supermodel (You Better Work).” RuPaul has since become a household name, thanks to the success of his hit reality competition show, “RuPaul’s Drag Race,” which has aired on television since 2009 and has spawned numerous spin-offs and international versions.

Drag kings, who are often overlooked in discussions of drag culture, have also made significant contributions to the LGBTQ+ community. One of the most notable drag kings is Murray Hill, who has been performing as a drag king for over two decades and has been credited with helping to popularize the art form. Hill has toured the world, performing at clubs and festivals and using his platform to raise awareness about LGBTQ+ issues.

In addition to drag queens and kings, there are also many other types of drag performers, including bio queens, who are cisgender women who perform in drag, and non-binary performers, who may not identify as either male or female. These performers are helping to expand the boundaries of drag and create more inclusive spaces within the LGBTQ+ community.

Drag has played a crucial role in the LGBTQ+ community, providing a platform for self-expression and resistance. It has also helped to challenge traditional gender roles and bring greater visibility to the LGBTQ+ community. Whether on stage, on screen, or in the clubs and bars, drag performers have continued to inspire and entertain audiences around the world. 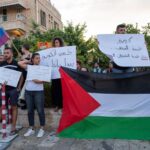 Navigating Dual Discrimination: The Challenges and Resilience of LGBTQ Arabs in Israel
Next Article 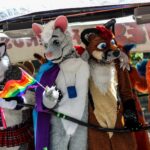 LGBTQ+ Travel Destinations: From Madrid to Cape Town, These Are the Top 10 Places to Visit