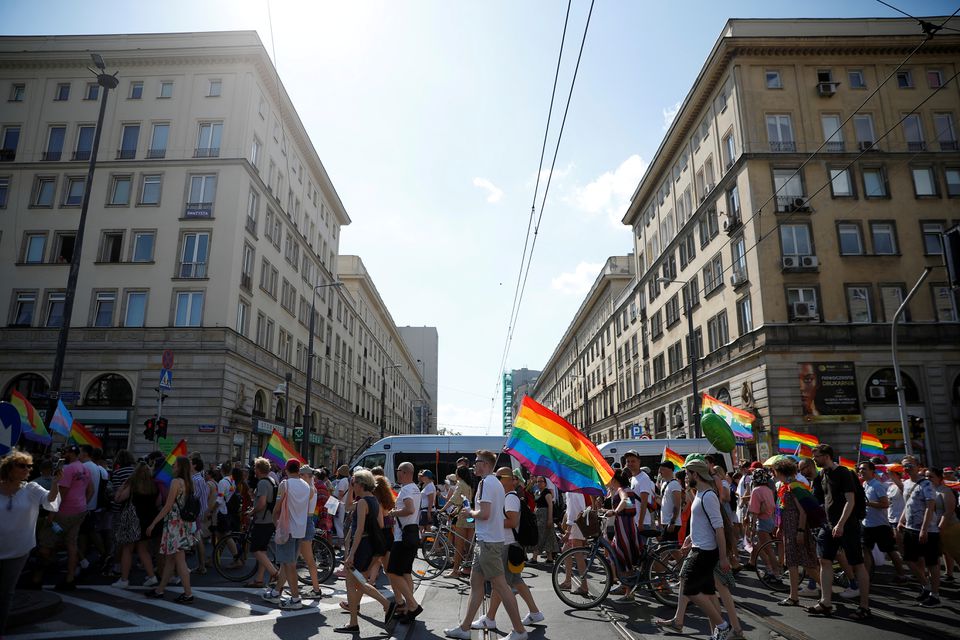 Asked if he would revoke the bill, passed last week to ban the distribution of material in schools deemed to promote homosexuality or gender change, Orban said on arriving to talks among the bloc’s 27 national leaders in Brussels:

The European Parliament, Brussels’ iconic Grand Place square and other landmarks in the EU hub were adorned with LGBT flags or lit up in rainbow colours on Thursday to oppose the bill, which sparked protests and criticism from human rights groups.

“Seventeen countries in the whole of Europe – east, west, north and south – are very clear that this is going too far,” he said in referring to a joint letter by leaders of EU members from Italy to Ireland and Spain to Latvia.

The letter, also signed by the leaders of Germany and France, said on Thursday: “We must continue fighting against discrimination of the LGBTI community, reaffirming our defence of their fundamental rights.” LGBTI stands for lesbian, gay, bisexual, transgender and intersex.

Orban – a self-styled crusader for what he portrays as traditional Catholic values under pressure from Western liberals – said the new law was aimed at giving parents’ the exclusive right to decide about their children’s sexual education.

“I am a fighter for their rights. I am a freedom fighter in the communist regime. Homosexuality was punished and I fought for their freedom and their rights. So I am defending the rights of the homosexual guys,” he said.

The spat is the latest in a long series of Orban clashes with the bloc on issues ranging from his treatment of refugees and migrants to pressure on academics, judges and media.

In power since 2010 and facing another election next year, Orban has grown increasingly combative on social issues.

The EU has a formal probe open against Hungary for undermining the rule of law and has now introduced new tools to cut handouts from the bloc for those flouting democratic values.

With EU leaders due to discuss the matter behind closed doors on Thursday, some had harsh words for Orban.

“It is my intention, on this point, to bring Hungary to its knees. They have to realise they are either a member of the European Union, and so a member of the community of shared values that we are… Or get out,” said Dutch Prime Minister Mark Rutte.

His openly gay Luxembourg colleague, Prime Minister Xavier Bettel recounted his own experience coming to terms with his sexuality.

“The most difficult thing for me was to accept myself when I realised that I was in love with a person of my sex, was how to tell my parents, how to tell my family,” he said, stressing that young homosexuals are prone to suicide if they fail to embrace who they are and come out.

Bettel said he would tell Orban conflating homosexuality with paedophilia or pornography was wrong, as was stigmatising people.

“I didn’t get up one morning after having seen an advert on the TV of some brand… and say ‘I’m gay’. That’s not how life works. It’s in me, I didn’t chose it. And to accept oneself is hard enough. To be stigmatised too – that’s too much.”