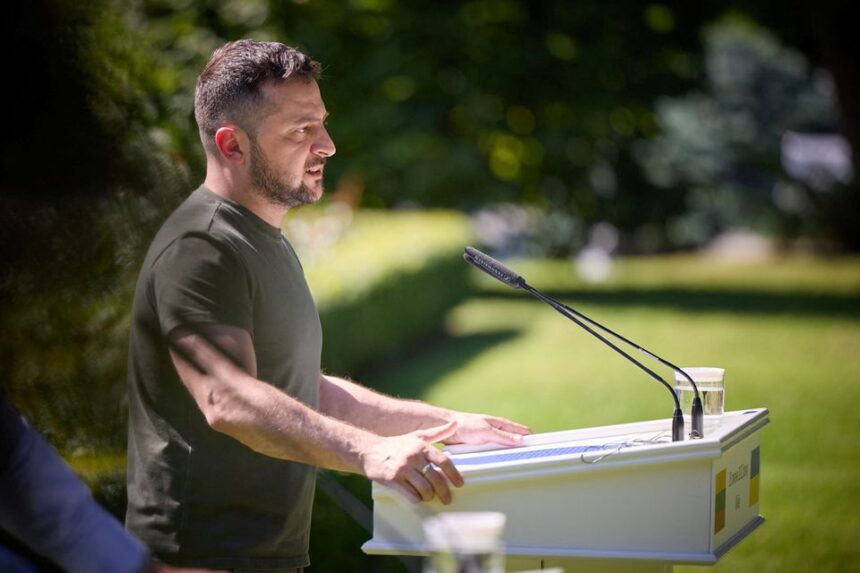 Aug 2 (Reuters) – Ukrainian President Volodymyr Zelenskiy on Tuesday asked his government to look into whether same-sex marriages should be legalised but said there would be no move as long as the war with Russia continued.

Kyiv has increased support for LGBTQ+ rights since Western-backed leaders came to power in 2014. Parliament passed legislation in 2015 to ban discrimination in the workplace, but it does not allow for same-sex marriage.

“I asked Prime Minister (Denys) Shmyhal to address the issue raised in the electronic petition and to inform me of relevant decisions,” he said in an official decree.

He noted the Ukrainian constitution defined marriage as being between a man and a woman and said that during wartime, no changes could be made.

According to a survey by the sociological group “Rating” published in August 2021, 47% of Ukrainian respondents had a negative view of the LGBTQ+ community.

Russia has criminalised “propagandising” non-traditional sexual orientations to children since 2013. The law has been used to stop gay pride marches and detain gay rights activists.