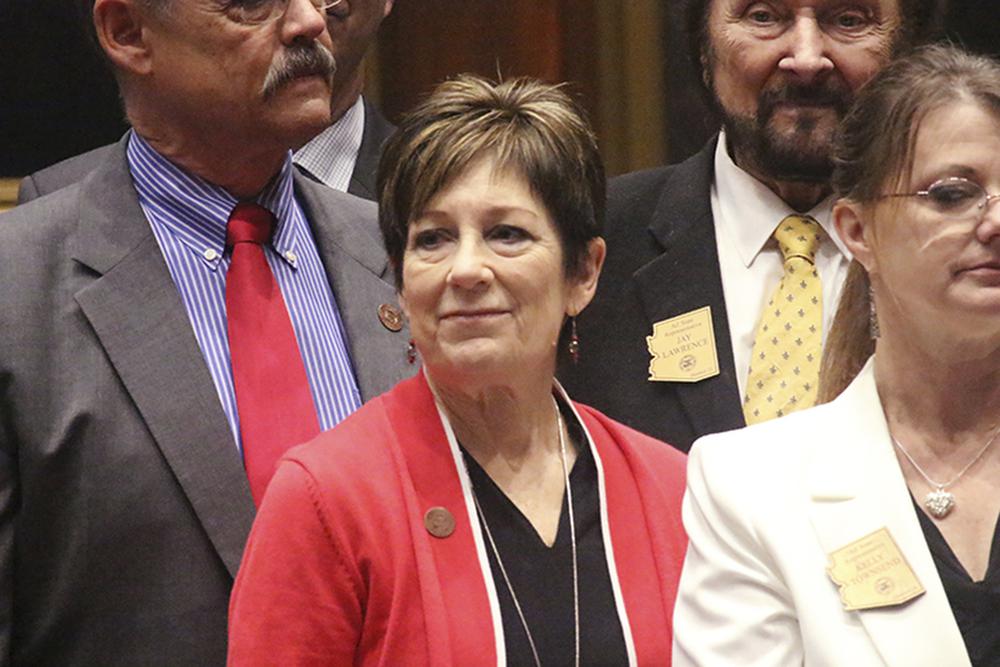 PHOENIX (AP) — Transgender girls and women would be barred from competing on the high school or college sports team that aligns with their gender identity under a proposed Arizona law that was approved on party lines by a state Senate committee on Thursday.

Republicans have dubbed the proposal that was sidelined during the coronavirus-shortened 2020 legislative session the “Save Women’s Sports Act.”

Backers said it is needed to prevent transgender women and girls from dominating women’s sporting events, claiming they are naturally stronger.

“Women deserve to compete on a level playing field and allowing males to compete in women’s sports destroys fair competition in women’s athletic opportunities,” said Matt Sharp, senior counsel with the Alliance Defending Freedom, a conservative group that advocates for religious freedom and traditional family values and is pushing similar bills in other states. “Biological sex is indisputably the single biggest driver of athletic advantage.”

Democrats on the Senate Judiciary Committee and opponents who testified Thursday called the proposal “cruel.” They argued that it targets vulnerable young people who are already struggling to fit in and just want to play sports with their friends.

“I don’t think that we should be further segregating kids who are already alienated and made to feel like they shouldn’t exist,” Nicole Cassidy, deputy director of the LGBTQ advocacy organization Equality Arizona, told the committee. “I think that they should be able to play with other kids.”

The proposed Arizona law is the latest to be pushed across the U.S. since Idaho enacted the first ban on transgender girls playing on teams aligning with their gender identity in 2020.

Idaho, Montana, South Dakota, Texas, Arkansas, Mississippi, Tennessee, Alabama, Florida and West Virginia have either passed some version of a law or imposed an executive order banning or limiting transgender students from participating in school sports.

Court cases challenging the law are underway in at least four of those states.

The laws are part of the ongoing culture wars that have seen conservative Republicans battling LGBTQ rights advocates across the country.

Thursday’s Senate hearing was a microcosm of that national fight, with testimony laying out the fear and emotion both sides feel over the issue.

Amber Zenczak, a mother of three girls, said her youngest daughter’s team had to play against a basketball team that appeared to have a transgender girl as a member.

“If biological males are allowed to compete as transgender females, my daughters stand no chance … to win a scholarship in a females division,” Zenchek said.

“All this bill has to do with his biological sex, biological reality,” Argiope said. “The reality is we’re strong, we’re taller, we have bigger bones.”

“In fairness towards women, there’s a bad trend in taking away women’s rights, and allowing males to compete against women is completely unfair,” she said.

Parents of transgender girls became emotional when they said they had to fight for their children’s right to just play on teams with their friends.

Vanessa Ansbach, a mother of two whose 10-year-old daughter is transgender, said she never imagined she’d find herself begging for her “child’s right to be a child.”

“This bill harms her and kids like her. She poses no threat to other girls on her team,” Ansbach said. “She’s one of them, just another teammate, unique in her talents and just out there enjoying the camaraderie and friendship that sports provide.”

Sen. Warren Peterson, the Republican chairman of the committee, repeatedly suggested that a “trans league” be created for children like Ansbach’s.

But there are not enough transgender high school girls playing sports in Arizona to even make one full basketball team, let alone a league.

Barry Aarons, a lobbyist testifying for the Arizona Interscholastic Association, which regulates high school sports, said only about a dozen transgender high school students have applied to play on a team aligning with their gender identity in the last decade. Seven were allowed to do so.

The AIA did not take a position on the proposed legislation, with Aarons saying it would follow whatever law is in place.

Democrats on the committee noted the small number of players involved and said Republicans were pushing the legislation to appeal to their base.

“There’s bigger fish to fry in this world then finding problems that really don’t exist,” Sen. Lupe Contreras said. “And I think this is really one of those. It just doesn’t exist at this point in time.”

But Peterson said there’s nothing in the proposed law that would prevent transgender girls from playing sports — they just won’t be allowed to play on girls teams.

“This bill protects our daughters and our granddaughters,” Peterson said. “It’s absolute lunacy to think that it’s OK to allow a male to dominate in a female sport.”