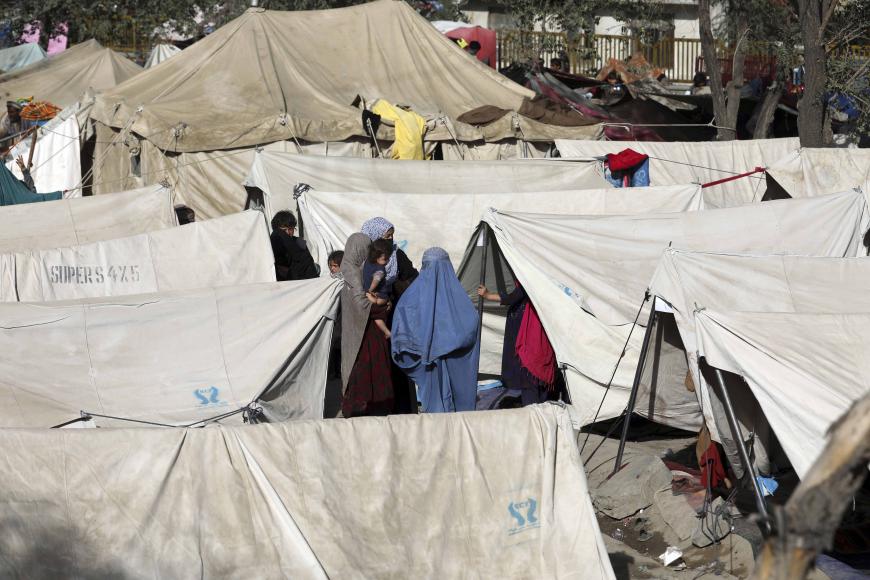 Jan 26 (Thomson Reuters Foundation) – LGBT+ Afghans face increasing threats and violence five months since the Taliban seized power, with many forced into hiding and unable to earn a living amid a worsening economic crisis, researchers said on Wednesday.

Sixty LGBT+ Afghans who were interviewed by rights groups said the community was being targeted by members of the hardline Islamist movement and their supporters, making it too risky for them to work or even leave the house.

With Afghanistan’s economy deep in crisis here and millions at risk of starvation this winter, many of those interviewed said their inability to go out to work was an even bigger concern.

“A lot of queer people have lost their jobs,” said Nihan, a trans woman who left her job at a print shop after the Taliban swept back to power last August.

“Even if they hide themselves, the problem is they need to feed themselves,” she told the report’s researchers.

Sex work, dancing and entertaining at parties were common jobs for trans women in Afghanistan, but such activities have dramatically reduced and become much more dangerous under the Taliban, the report said.

Even before the takeover, LGBT+ people said it had been too dangerous to live openly in ultra-conservative Afghanistan, where same-sex sexual relations are illegal under its 2017 penal code.

Under the Taliban’s first regime, from 1996 to 2001, there were reports that men accused of having gay sex were sentenced to death and crushed by walls pushed over by tanks.

This time, the Taliban has sought to present a more moderate face on some issues but a spokesperson told Reuters here in October last year that LGBT+ rights will not be respected under its strict interpretation of sharia law.

A Taliban spokesperson could not be reached by phone and did not reply to messages requesting comment on the new report.

Many of the LGBT+ people quoted in the research, who were given pseudonyms to protect their identity, reported threats by Taliban fighters and their supporters, including their own family members, neighbours and partners.

“‘From now on, any time we want to be able to find you, we will. And we will do whatever we want with you,’” said Ramiz, one of the gay victims included in the report, recounting threats from Taliban soldiers.

Checkpoints have become hotspots, the LGBT+ people said, with armed Taliban guards searching people’s phones for any evidence that would reveal their sexuality or gender identity.

Many interviewees said they erased their social media accounts, photos and messages, while others said Taliban members or informants had infiltrated LGBT+ messaging groups on social media platforms or dating apps to entrap them.

Dozens of LGBT+ Afghans have managed to flee to Britain here, while Canada has also pledged to take an unspecified number.

British charity Micro Rainbow is supporting 43 LGBT+ Afghans in Britain, but receives requests every day for help from people still in the country or in neighbouring states, chief executive Sebastian Rocca said by email.

“Some report seeing LGBTQI people being executed on the streets when they are found out by the Taliban. Beatings and active searches … are also commonly reported,” he added.