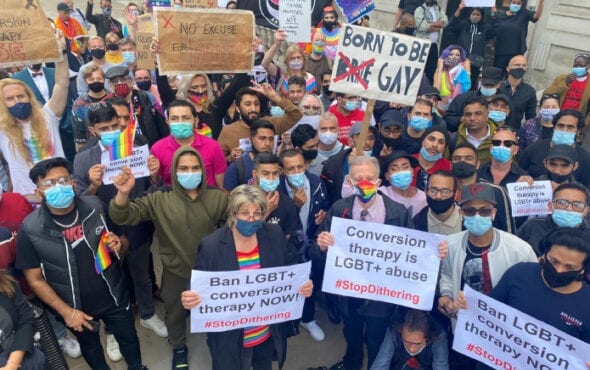 LONDON (Thomson Reuters Foundation) – British plans to ban so-called conversion therapy for under-18s do not go far enough, LGBT+ rights campaigners said on Friday, urging the government to scrap an exemption that would let adults consent to the practice.

Under the draft proposals for the consultation process unveiled on Friday, the government would outlaw conversion therapy for minors and vulnerable adults in England and Wales, making it a crime to offer such counselling to either group.

“It is also vitally important that no person is forced or coerced into conversion therapy, and that young people are supported in exploring their identity without being encouraged towards one particular path,” Minister for Women and Equalities Liz Truss said as she launched the public consultation.

Adults, however, would still be allowed to give their consent to undergo conversion therapy, Truss said.

“People’s personal freedoms are key to the health and functioning of a democratic society, such as freedom of choice, freedom of speech and belief, and are central to my proposals,” she said in a statement.

Bans on forms of conversion therapy have been proposed in at least 13 countries, according to research by the Thomson Reuters Foundation.

The inclusion of consent in the consultation document drew angry reactions from LGBT+ campaigners, who said the proposals would have little effect on the status quo in their current form.

“I actively sought out conversion therapy, both in terms of healing prayer and exorcisms, because I truly believed that was the right thing to do,” said former government equality adviser Jayne Ozanne, who chose to undergo the process.

“Yet it caused me significant trauma to the point I was in hospital with my body cracking under the strain and I had a full breakdown that took me to the point where I contemplated taking my life,” she told the Thomson Reuters Foundation by phone.

“I know that thousands have been in that place,” she added, saying allowing adults to consent to the practice represented a “loophole”.

While she welcomed the government’s proposals as “a huge step forward to consign this practice to the history books”, she said they did not go far enough.

“We … can’t support that the proposals allow for people to ‘consent’ to conversion therapy – a practice that is abusive cannot be consented to,” Kelley said in a statement.

“If we are to truly put this shameful practice behind us, the ban must not allow for any excuses or any exemptions.”

Representatives from religious groups broadly welcomed the consultation process, but voiced concern that it might pave the way for certain religious practices to be outlawed.

The consultation document states the proposed measures “will not impact everyday religious practice”, but Peter Lynas, UK director of the Evangelical Alliance, questioned how this would work in practice.

“Our concern is that some campaigners will push to see everyday Christian practices such as prayer and pastoral care criminalised,” Lynas said in a statement.

The consultation process on introducing a ban will last six weeks and canvass views from members of the public as well as religious organisations, medical practitioners and those who work with people who have undergone conversion therapy. 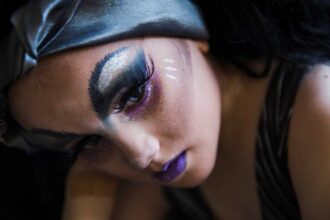 As Texas cracks down on trans youth, some families feel trapped