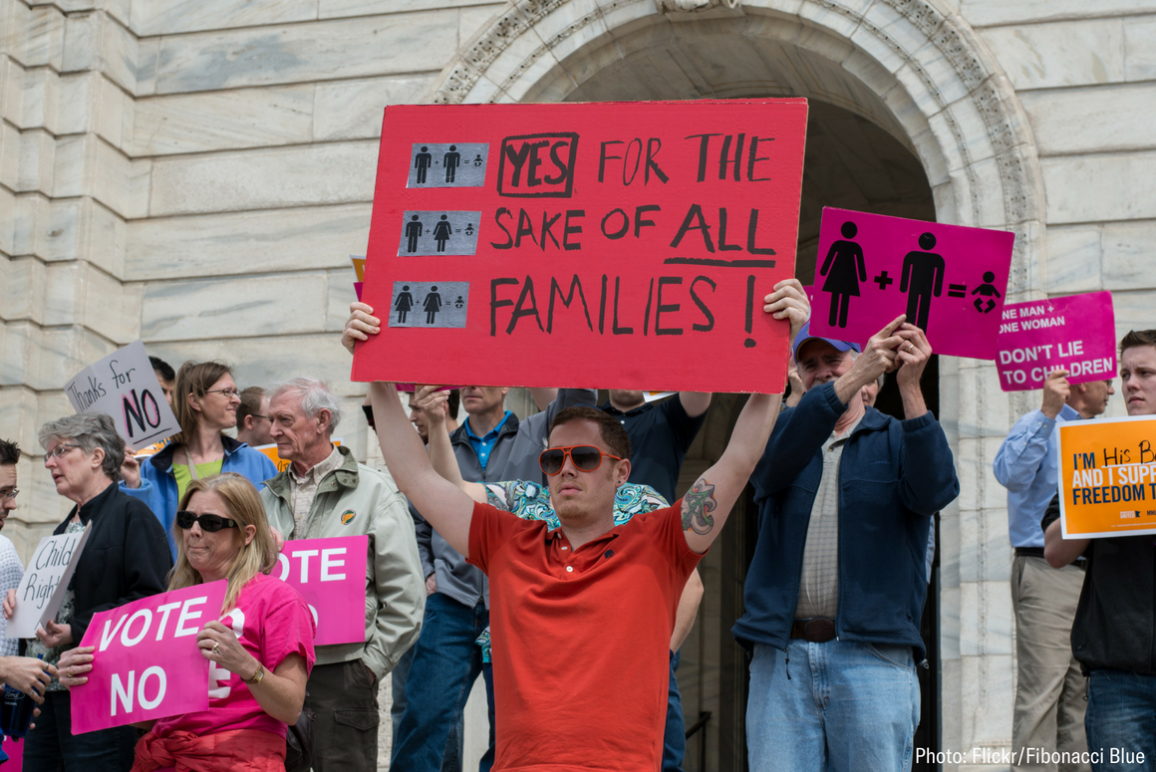 According to the 29-page complaint, Kelly Easter has been turned away twice from fostering a migrant child in the federal foster care program while living in Nashville, Tennessee.

The lawsuit alleges that Michigan-based Bethany Christian Services refused to permit Easter to be a foster parent late last year because she is a lesbian. Bethany is the only organization located near Easter that is participating in the federal program.

A few months after turning Easter away, Bethany’s leadership announced in March that it had changed its policy and would now be accepting applications from LGBTQ families, the lawsuit says.

But the agency told Easter she would have to drive to its office in Smyrna, Tennessee, a half-hour away, because its office located closer to her Nashville home is under contract with the United States Conference of Catholic Bishops, which won’t certify same-sex couples as foster parents.

“It hurt to be turned away – twice – solely because of my identity,” Easter said in a statement. “I’ve been a Christian since I was a little girl and my personal relationship with God is the most important thing to me. I also know that LGBTQ people can have thriving families and that they are as important and deserving as any other.”

The lawsuit, claiming First and Fifth Amendment violations, names the U.S. Department of Health and Human Services, the Administration for Children and Families and the Office of Refugee Resettlement as defendants. The heads of each agency were also named, including HHS Secretary Xavier Becerra. The agencies did not immediately respond to email requests for comment on Wednesday.

“By preventing children under their care and custody from being placed in homes of LGBTQ people based on USCCB’s religious beliefs, the government … disserves and demeans LGBTQ children for whom they are responsible, stigmatizing them as less deserving and less worthy of respect than other children,” the lawsuit argues.

In a statement, a Bethany spokesperson said that the organization is “committed to welcoming and serving all individuals and families” and that “no one will be rejected because of their sexual orientation or gender identity.”

“We invite anyone who is interested in providing children with a safe, loving home to contact us and begin the licensing process today,” the organization added.

The lawsuit was filed in federal court in Washington D.C.