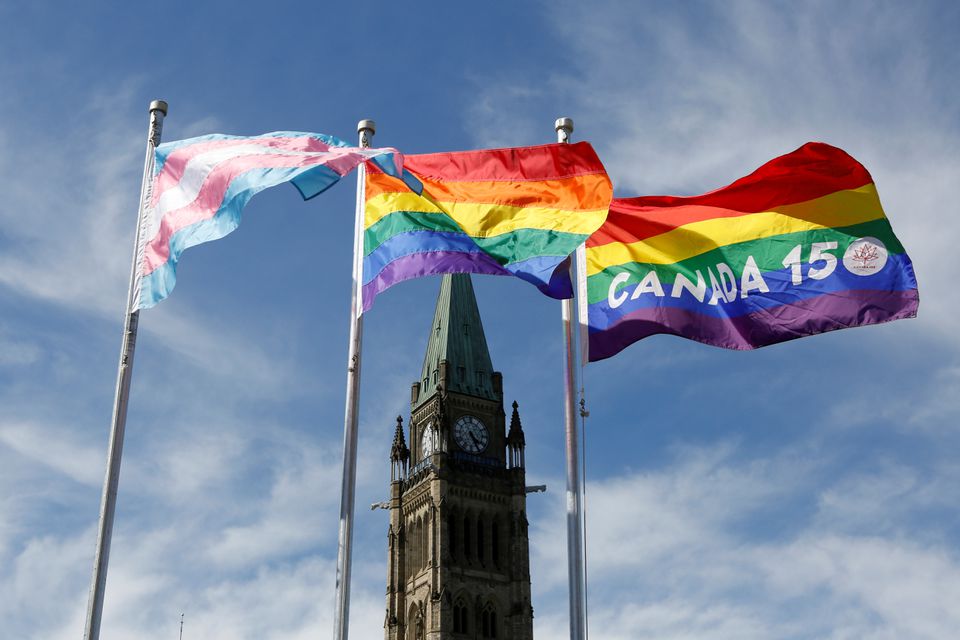 OTTAWA, June 30 (Reuters) – A pledge by Canadian Prime Minister Justin Trudeau to ban LGBT conversion therapy has been delayed until at least September, after an attempt to recall the Senate over the summer to deal with the bill failed late on Tuesday.

Canada’s Senate, or upper chamber, held special sittings earlier this week to deal with a raft of bills passed last week by House of Commons lawmakers ahead of their summer break, adopting the key budget bill late last night.

A push by the government’s representative in the Senate to add sittings over the summer to deal with outstanding business, like the conversion therapy bill, was blocked.

Deputy Prime Minister Chrystia Freeland on Wednesday told reporters she was frustrated that the Senate did not see through Bill C-6, which passed by Canada’s House of Commons 263 to 63 last week.

“Disappointed is too weak a word,” she said. “This is something that would really help Canadians and not doing it really hurts a lot of people.”

Aimed at changing a person’s sexual orientation or gender identity, conversion therapy can include talk therapy, hypnosis, electric shocks and fasting. The American Medical Association has condemned the practice as “harmful and ineffective.”

Conservative Senator Don Plett said the push to fast-track the bill had more to do with Trudeau’s Liberals scoring political points ahead of an expected election, which could come as soon as September.

“Liberals are playing politics with important bills again,” he tweeted on Wednesday.

The bill will be considered when the Senate reconvenes in late September, though if an election is called before then, the legislation will die with all other unfinished business.

Trudeau, whose Liberals have a minority government, is eyeing a snap election to capitalize on Canada’s emergence from the COVID-19 pandemic, two sources told Reuters.