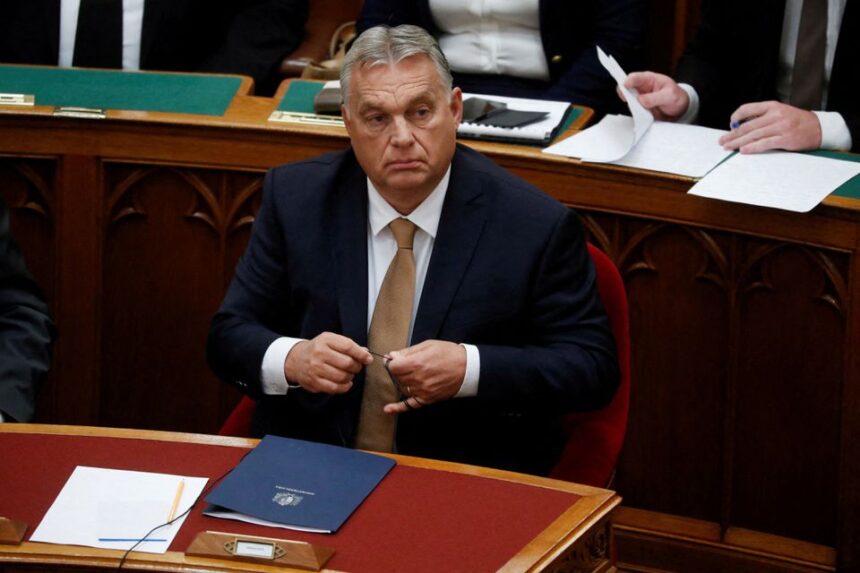 BRUSSELS, Dec 22 (Reuters) – The European Commission said on Thursday it would hold back all 22 billion euros of EU cohesion funds for Hungary until its government meets conditions related to judiciary independence, academic freedoms, LGBTQI rights and the asylum system.

EU institutions had already decided on Dec. 12 to freeze 6.3 billion euros of the funds until the right-wing and eurosceptic government of Viktor Orban meets an even tougher set of 17 conditions also linked to the judiciary and dealing with corruption at high levels.

The 22 billion euros is the amount of EU cohesion funds that Hungary is to get from the EU’s long-term budget between 2021 and 2027. They are transfers from the EU meant to equalise the standards of living between the richest and poorest members of the 27-nation EU, paid out mainly as reimbursements for money spent on agreed goals by individual governments.

The 22 billion euros for Hungary are earmarked for programmes including education for disadvantaged children, rail transport upgrades, access to broadband and aid for regions affected by coal plant closures.

The decision to hold back the full amount for Hungary was made because on Thursday the Commission and Budapest signed what is called a partnership agreement which details how money from the EU budget is to be spent, as well as 11 operational programmes under the cohesion policy.

A controversial Hungarian anti-LGBTQI+ law, which limits schools’ teaching about homosexuality and transgender issues, along with “serious risks to academic freedom and the right to asylum” mean Hungary fails to comply with the EU Charter of Fundamental Rights, the Commission said, adding cash could not be disbursed until Hungary restored compliance.

Hungary’s government has said the law limiting education on gender and sexual identity is designed to protect children.

What Hungary will be able to get without any prior action is 1.5% of the funds in the form of pre-financing as well as some cash in technical assistance for the preparation of the projects.

Hungary and the EU have long been at odds over the rule of law, corruption, the treatment of sexual minorities, education and migration policies.

On top of the cohesion funds, the EU is also holding back Hungary’s 5.8 billion euros in grants from the EU’s recovery fund until the government addresses concerns over the independence of courts.