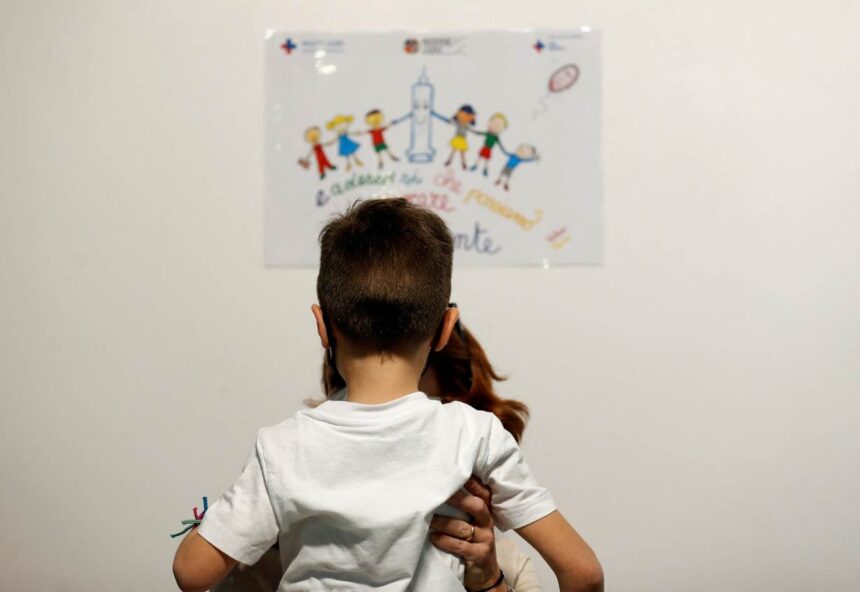 Their daughter – identified only as Sara – has been left stateless after Bulgarian officials said they would only recognize the girl’s birth mother in a case that rights groups say highlights inequalities faced by many LGBTQ+ parents.

“Families come in many varieties. This type of discrimination should not be tolerated,” Kalina, the Bulgarian mother of Sara, said in emailed comments to the Thomson Reuters Foundation.

“I am sure that our case will have great impact in the upcoming years as it will open the doors for many people in similar situations to ours to fight for their rights.”

Both Sara and her parents have only been identified using pseudonyms to protect their privacy.

Sara was born in Spain in 2019, where authorities issued a birth certificate listing both Kalina and her British-Gibraltan partner Jane as her mothers.

However, the child was ineligible for either Spanish or British citizenship, and Bulgarian officials said they would only issue a birth certificate if Kalina would prove she was the birth mother.

Bulgaria does not allow same-sex marriage and its birth certificates are limited to one mother and one father.

Kalina refused to say who was the biological parent, saying the couple were not legally required to provide the information.

In December last year, the European Court of Justice (ECJ) said Bulgaria must acknowledge both mothers as parents and issue Sara with a passport or other identity document.

But officials in the capital Sofia have filed an appeal, saying the requirement to recognise two same-sex parents undermines Bulgaria’s ability to set its own public policy.

The Sofia Administrative Court that lodged the appeal did not immediately respond to a request for comment.

“This is a child that exists but the law says she is invisible,” Veneta Limberova, the chair of Bulgarian LGBTQ+ legal rights orgainsation Deystvie, said in an interview on the sidelines of an LGBTQ+ rights conference in Sofia.

“Sara will be three later this year and she only has a birth certificate, but no ID or passport.”

The Network of European LGBTQ* Families Associations and Deystvie said the Baby Sara case is helping to develop EU family law and will impact about 100,000 families across Europe.

The decision is now being applied to same-sex family cases in other EU countries, even though Bulgaria refuses to implement it itself, said Limberova.

Deystvie say they are supporting a number of LGBTQ+ families who are unable to start a family as a result of Bulgaria’s laws.

The lack of recognition for same-sex marriage and shared parental rights leaves LGBTQ+ partners at risk of being estranged from their children or disinherited from family assets in the case of divorce or death, activists said.

“We have cases where the biological mother is taking advantage of the non-biological parent not having any rights,” said Galina Georgieva, an activist with Bulgarian LGBTQ+ rights group Bilitis.

“The non-biological parents who love the children so much, they can’t do anything, they are left without their child.”

Georgieva said the impact also undermined financial and inheritance rights: when her partner and co-parent suddenly died two years ago, the partner’s ownership in the family home reverted back to her parents as the legal next of kin.

In December, the EU is expected to publish proposals for regulations that would ensure parental ties created by any member state are recognised across the bloc.

In Spain, Kalina and Jane are continuing to fight their legal case, and dream of the day they can get Sara a passport and take her to meet elderly relatives for the first time.

“I often imagine telling our daughter in a few years that she changed the law in the whole EU,” said Kalina.

“But for the moment, we are still where we were three years ago. She is still stateless … Our family has been through so much in the last three years and all we want is for us to be able to travel and visit our families.”